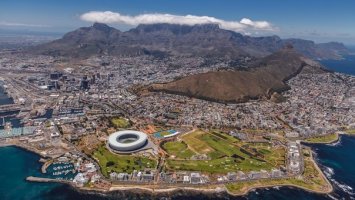 The South African agricultural industry contributes around 10% of formal employment, relatively low compared to other parts of Africa, as well as providing work for casual laborers and contributing around 2.6% of GDP for the nation. Due to the aridity of the land, only 13.5% can be used for crop production, and only 3% is considered high potential land.

South Africa is rich in mineral resources and is the world's biggest exporter of platinum and chromium and the second largest exporter of manganese. Other South Africa's exports include iron ores, motor vehicles and car parts, machinery and mechanical appliances, gold, coal and diamonds. Main export partners of South Africa are China, the United States, Japan, Botswana and Germany. Others include Namibia, the Netherlands and the UK.

Principal international trading partners of South Africa (besides other African countries) include Germany, the United States, China, Japan, the United Kingdom and Spain. 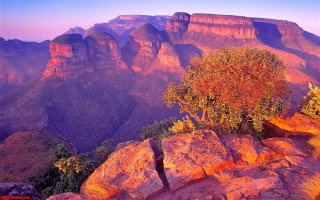 South Africa has a mixed economy, the second largest in Africa. It also has a relatively high GDP per capita compared to other countries in Sub-Saharan Africa.

South Africa is a popular tourist destination, and a substantial amount of revenue comes from tourism. Illegal immigrants are involved in informal trading. Many immigrants to South Africa continue to live in poor conditions, and the immigration policy has become increasingly restrictive since 1994.

Wood charcoal has the property to adsorb liquids and gases on its porous surface. As a result, it is used in water filters, gas masks and antigastric tablets, capsule or powder for people suffering from indigestion. Wood charcoal is also used as a decolourizing agent as it can adsorb colouring matter. It is used for decourizing sugar solutions, organic preparations, alcohol and petroleum products.

Buy charcoal online on our platform - get the best from certified sellers and manufacturers! Sell wood charcoal and other wood products on Export Portal - benefit from greater export business opportunities!

Department of Trade and Industry of South Africa

All import and export commercial transactions require commodities on custom declarations to be classified according to an appropriate tariff heading. The tariff classification code is directly linked to the rate of duty payable on that commodity. Classification operates as part of the international Harmonised Commodity and Coding System, under the World Customs Organisation (WCO) Harmonised System Convention.

Import control is the responsibility of the Ministry of Trade and Industry. Import permits are valid from the date of issue until 31 December of that particular year. Import control will be removed on some of these goods in the future. Notice of changes will be published in the Government Gazette.

Importers must be registered with the Director, Import and Export Control and with the Commissioner, South African Revenue Services.

Foreign exchange allocation is subject to the prior approval of the Reserve Bank.

Documentary evidence of the transaction must be presented to authorised foreign exchange dealers.

Permits are required for the following:

Importation of all second-hand goods is subject to import control and an import permit is required.

The importation of used vehicles is strictly controlled and import permits are issued only in very specific and defined circumstances. An original certificate issued by the South African Bureau of Standards also needs to accompany clearance for home consumption.

The prevailing import control policy with regard to the different categories of vehicles/parts thereof, covers:

Import quotas apply to a range of products, including: