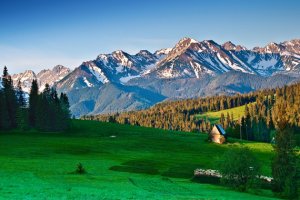 Poland has a high-income economy which is considered to be one of the best developed of the post-Communist countries and is one of the fastest growing within the EU. Having a strong domestic market, low private debt, flexible currency, and not being dependent on a single export sector, Poland is the only European economy to have avoided the late 2000s recession.

Poland has a large number of private farms in its agricultural sector, with the potential to become a leading producer of food in the European Union. The largest exports of Poland include smoked and fresh fish, fine chocolate, and dairy products, meats and specialty breads, with the exchange rate conducive to export growth.

Poland is a net exporter of food, processed fruit and vegetables, meat, and dairy products. Processors often rely on imports to supplement domestic supplies of wheat, feed grains, vegetable oil, and protein meals, which are generally insufficient to meet domestic demand. However, Poland is the leading EU producer of potatoes and rye and is one of the world's largest producers of sugar beets and triticale. Poland also is a significant producer of rapeseed, grains, hogs, and cattle. Poland is the largest producer and exporter of apples in the entire world, surpassing China. 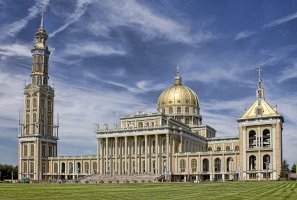 The economy of Poland is the largest economy in Central Europe, sixth-largest in the EU and the largest among the ex-communist members of the European Union. Before the late-2000s recession its economy grew a yearly growth rate of over 6.0%.

Poland is a founding member of the World Trade Organization. As a member of the European Union, it applies the common external tariff to goods from other countries including the United States. Major Poland's imports are capital goods needed for industrial retooling and for manufacturing inputs.

Plastic and plastic products section on Export Portal welcomes sellers and buyers of plastic to meet each other on our site for successful trade. The world's first fully synthetic plastic was bakelite, invented in New York in 1907 by Leo Baekeland who coined the term 'plastics', which is used in a wide variety of situations. Sell plastic products here, find customers all over the world! Buy plastic products on Export Portal, get the best deals online!

Plastics and plastic products are responsible for countless facets of the modern life we enjoy today. From health and well being, nutrition, shelter, and transportation to safety and security, communication, sports, leisure activities and innovations of the industry – plastics deliver bountiful benefits to you and your world. The men and women of the plastics industry make it all possible. In the United States, the plastics industry accounts for more than $374 billion dollars in annual shipments and directly employs nearly 900 thousand people.

You can buy on Export Portal from medical devices and hospital supplies to bicycle helmets, airbags and the packaging that keeps food safe from bacteria, plastics are critical to keeping you and your family in good health.

Plastic is a material consisting of any of a wide range of synthetic or semi-synthetic organics that are malleable and can be molded into solid objects of diverse shapes. That's why you can do business with this wide variety. Plastics are typically organic polymers of high molecular mass, but they often contain other substances. They are usually synthetic, most commonly derived from petrochemicals, but many are partially natural. Plasticity is the general property of all materials that are able to irreversibly deform without breaking, but this occurs to such a degree with this class of moldable polymers that their name is an emphasis on this ability.

Shop for plastic and rubber products on Export Portal, find sellers from all over the world. Selling plastic online,  use all the opportunities offered by Export Portal: easy deals, safe trade, and worldwide market. Trade on our site, expand your business globally!