The Isle of Man (known as Man) is a small island, situated in the Irish Sea, equidistant from Scotland, Ireland, and England. This country is a self-governing crown dependency with well developed economy and trade.

Its way to international market was long and thorny. Among its earliest inhabitants were Celts and Manx who influenced the language and culture. Later, Isle of Man came under a Scandinavian system of government that has remained practically unchanged ever since. The island entered the control of England in 1341. This was the period of country’s export development. The first exports of Man were fruits, vegetables and other food and agricultural produces. All these were shipped in England. After allowing a succession of feudal lords to rule the island, the British parliament purchased sovereignty over the island in 1765. The Isle of Man continues to be administered according to its own laws by a government composed of the lieutenant governor, a legislative council, and a House of Keys, one of the most ancient legislative assemblies in the world.

Agriculture, Fishery and Forestry are the main industries which creates the basis of international trade in the country. The main exports of the country are: fruits, vegetables, corn, sunflower seeds, fish, crabs, lobsters, scallops, potable water, wood and wooden furniture.

Trade takes place mostly with the United Kingdom. The island is in customs union with the UK, and related revenues are pooled and shared under the Common Purse Agreement. This means that the Isle of Man cannot have the lower excise revenues on alcohol and other goods that are enjoyed in the Channel Islands. 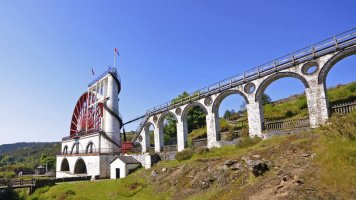 The Isle of Man is considered to be one of the developing countries. Road construction and infrastructure development are the main goals of the country’s Government. In order to create functional bus and train networks, the country imports construction and building materials as well as metals, machinery and mechanical appliances.

The Isle of Man has become a center for emerging private space travel companies. A number of the competitors in the Google Lunar X Prize, a $30 million competition for the first privately funded team to send a robot to the Moon, are based on the Island. In such a way, the country is focused on developing Aerospace and Defense industries. This requires import of imaging systems, military products, aerospace and defense tools. As the country has not the possibility to build aircraft on the island, big aerospace companies import airplanes, helicopters and UAVs from EU countries.

The country keeps up to date regarding worldwide technological progress. In order to facilitate production, the Isle of Man imports modernized nano technologies, electronic goods, industrial equipment as well as farm electronic supplies.

The main partners of the Isle of Man are UK, France, Germany, China and Japan.

Customs requirements of Isle of man

The Isle of Man, by virtue of its unique Customs and Excise Agreement with the United Kingdom and European law, is treated as part of the UK and European Union for Customs, Excise and Value Added Tax purposes.

The EU operates a system of customs duties and regimes which are common across the Customs Union whereby non EU goods arriving at an EU port must clear Customs and pay any duties/taxes that are due. Businesses have to arrange for the declarations and payments to be made whilst Customs authorities formally clear the goods from Customs control into 'free circulation', for delivery and trade within the EU.

Goods imported from the UK to the Isle of Man are not treated as exports, and so VAT must be charged at the usual UK VAT rate.

Goods imported into the UK from the Isle of Man are not treated as imports in the same way as imports from other EU states. VAT charged by an Isle of Man business to a UK VAT-registered business can be reclaimed on the UK VAT return, subject to the normal rules about reclaiming input VAT.

Import controls in the Isle of Man

Most goods produced in the UK, or properly imported into the UK, can be brought into the Isle of Man without further customs formalities. Goods brought directly to the Island would be subject to similar import prohibitions, restrictions and licensing that would apply if they were imported into the UK.

The Isle of Man does maintain import controls on:

Other import prohibitions and restrictions that may differ from those in the UK include: