Sidebar
Found (0)
Featured
Off
On
Sort by
Lowest price
Best match Newest Oldest Lowest price Highest price
Save search
Sorry!
Your search did not match any word(s).
Follow our simple search tips for improved results. Feel free to contact us for any assistance. Just click the button below.
Search tips:
Contact us anytime:
Contact us 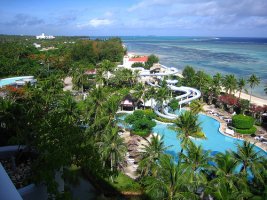 The Commonwealth of the Northern Mariana Islands (CNMI) is a group of 14 islands in the North Pacific Ocean along the Mariana Trench the deepest location on earth.

Garment production has until recently been the fastest growing industry with employment of 12,000 mostly Chinese workers and shipments of $1 billion to the United States in 1998 under duty and quota exemptions. This production is extremely controversial because goods produced in the North Marianas can be labelled "Made in the U.S.A.", although not all American labor laws apply to the commonwealth leading to what critics charge as "sweatshop conditions" for imported, mostly Asian, workers. Among other companies, the teen clothing store Abercrombie & Fitch produces some of their clothing in the Northern Marianas and then sells them for high prices.

The garments exports and the industry are changing, though, and many of the garment factories are closing due to the lifting of WTO trade restrictions on Chinese imports. The industry was initially established in the Commonwealth because some U.S. labor and immigration laws do not apply within the CNMI - for example, the CNMI's minimum wage rate of $3.05 per hour (for most employment positions) is lower than the federal rate, which applies to most other areas of the United States. Additionally, the CNMI retains local control over customs and immigration enforcement, unlike in Guam.

Agricultural production, primarily of tapioca, cattle, coconuts, breadfruit, tomatoes, and melons exists but is relatively unimportant in the economy. 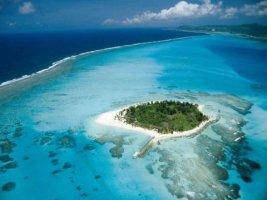 The Commonwealth of the Northern Mariana Islands benefits from substantial subsidies and development assistance from the federal government of the United States. The CNMI economy also relies heavily on tourism, especially from Japan, and the rapidly dwindling garment manufacturing sector. The tourism industry has also been dwindling since late 2005. As of late 2006, tourist arrivals fell 15.23% (73,000 potential visitors) from the eleven months prior.

The Northern Mariana Islands had successfully used its position as a free trade area with the U.S., while at the same time not being subject to the same labor laws.

The Commonwealth of the Northern Mariana Islands (CNMI) meets nearly all of its energy demand through importing petroleum products, including 22 million to 24 million gallons of diesel fuel annually to run the islands' five electricity generating plants.

Importing into the CNMI

An excise tax is levied on imported goods for the privilege of doing business when such imports are to be used. The CNMI can enact its own legislation to protect the islands from being adversely affected by competition from imported foreign goods. It has the right to protect its workers and firms from import competition by imposing duties on imported products, which might otherwise compete unfairly with local producers of similar goods. The Covenant may elect to allow foreign goods to enter the CNMI without import fees in order to maintain lower prices for local residents.

Exports from the Northern Mariana Islands destined for the U.S. market are exempt from the 22% sur-tax imposed on imports to the United States. As a U.S. insular possession, the CNMI is eligible for Caribbean Basin Initiative treatment on products exported under the U.S. Tariff Schedule.

The Commonwealth Government imposed a 3.5% user fee on the gross value of merchandise. The fee is imposed upon certification of export has been made under General Headnote 3 (a) treatment by the CNMI Government.

Any person engaged in the sale of goods, resources, food or agricultural produce exported from the Commonwealth is exempt from any tax levied by the CNMI on the gross revenue derived solely from such export sales.