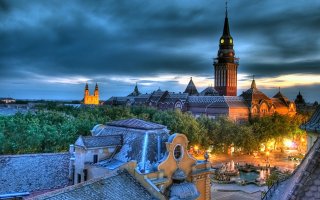 Serbia has an emerging market economy in upper-middle income range. Serbia's economy is dominated by services which accounts for 60.3% of GDP, followed by industry with 31.8% of GDP, and agriculture at 7.9% of GDP. The official currency of Serbia is Serbian dinar (ISO code: RSD), and the central bank is National Bank of Serbia.

Serbia has an unfavorable trade balance: imports exceed exports by 28.9%. Serbia's exports, however, recorded a steady growth in last couple of years. The country has free trade agreements with the EFTA and CEFTA, a preferential trade regime with the European Union, a Generalized System of Preferences with the United States, and individual free trade agreements with Russia, Belarus, Kazakhstan, and Turkey. 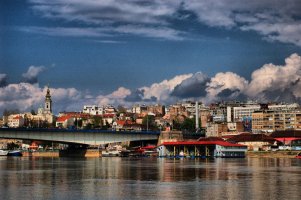 Economy of Serbia is mostly based on various services, industry and agriculture.  European Union is a key partner of the Republic of Serbia in the process of international support to democratic and economic reforms. Development of relations with the EU is a priority of Serbian foreign policy. The adoption of the National Strategy for EU Accession in 2005 defined accession of Serbia to the EU as a priority and long-term strategic goal.

Serbia's commitment to joining the EU goes hand in hand with the determination of Serbia to develop, to the greatest extent, political, economic and cultural relations with all the countries of the world, and especially with the countries in the region. The Republic of Serbia takes part in numerous regional initiatives and processes.

One of the priorities of the Republic of Serbia refers to observing, protecting and promoting human rights, at both national and international levels, in accordance with the United Nations Charter.

Ministry of Foreign and Internal Trade and Telecommunications of the Republic of Serbia:

Serbia is a  landlocked country situated at the crossroads between Central and Southeast Europe. The country is bordered by Hungary, Romania, Bulgaria, Macedonia, Croatia, Bosnia and Montenegro. Serbia is a member of the Central European Free Trade Agreement (CEFTA), the Organization of the Black Sea Economic Cooperation (BSEC) and currently negotiating its EU accession.

The Republic of Serbia is in the process of accession to the World Trade Organization (WTO) and the majority of national regulations are harmonised with the WTO rules and principles.

Foreign trade regime is governed by the Law on Foreign Trade Transactions, which is harmonized with the WTO rules and principles and the European Union (EU) legislation.

Foreign trade is free and may be restricted only in exceptional cases, in accordance with the provisions of the Law on Foreign Trade Transactions and WTO rules and principles. Accordingly, upon the proposal of the Ministry of Economy and Regional Development or other competent authority, the Government of Serbia may introduce measures affecting foreign trade in goods only for the purposes of protection of public morals, human, animal or plant life and health, artistic, historic and archaeological treasures, non-renewable natural resources, security protection, and other objectives in line with the WTO rules.

If such measures provide for issuance of a specific document as a condition for import, export or transit of goods, the list of such goods is published in the Official Gazette of the Republic of Serbia. The Decision on Determining Goods Subject to Issuance of Specific Documents on Importation, Exportation and Transit provides lists of goods subject to such measures (licences, approvals), according to the authorities competent for issuing documents.

The Republic of Serbia applies a limited number of prohibitions related to the importation and exportation of specific types of hazardous waste (for imports only), prescribed chemicals, certain substances that deplete the ozone layer, specific protected wild plant and animal species, and certain goods for the purposes of protecting animal and plant health.

The level of customs duties for goods imported to Serbia is prescribed by the Law on Customs Tariff.

Certain agricultural products are subject to additional customs duties in the specified period (seasonal customs duties), in accordance with the Decision on Seasonal Customs Duties on Imports of Certain Agricultural Products. In addition, imports of specific agricultural and food products are subject to special duties per unit of measure, and the list of such products and amounts of duties are provided in the Decision on Determining Agricultural and Food Products Imported Subject to Special Duty and on the Amount of Special Duty.

Imported goods and services are subject to the payment of value added tax and excise taxes (in case of excise goods), in accordance with the Law on VAT and Law on Excise Tax.  For imported goods, VAT base is the value of imported goods determined according to customs regulations and increased by the amount of excise tax, customs duties and other import duties, and also by the amount of incidental expenses incurred prior to first destination of goods in Serbia. The general VAT rate is 18%, while certain products prescribed by the Law on VAT are subject to special rate of 8%.