Sidebar
Found (0)
Featured
Off
On
Sort by
Oldest
Best match Newest Oldest Lowest price Highest price
Save search
Sorry!
Your search did not match any word(s).
Follow our simple search tips for improved results. Feel free to contact us for any assistance. Just click the button below.
Search tips:
Contact us anytime:
Contact us 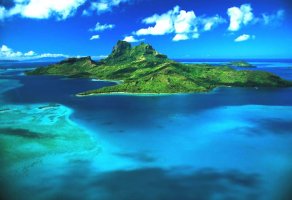 The economy of Solomon Islands depends on agriculture, fishing, and forestry for at least part of its livelihood. Most manufactured goods and petroleum products must be imported. The islands are rich in undeveloped mineral resources such as lead, zinc, nickel, and gold.

Important cash crops and exports of Solomon islands include copra and palm oil. In 1998 gold mining began at Gold Ridge on Guadalcanal. Minerals exploration in other areas continued. In the wake of the ethnic violence in June 2000, exports of palm oil and gold ceased while exports of timber fell. The islands are rich in undeveloped mineral resources such as lead, zinc, nickel, and gold.

Solomon Islands' fisheries also offer prospects for export and domestic economic expansion. A Japanese joint venture, Solomon Taiyo Ltd., which operated the only fish cannery in the country, closed in mid-2000 as a result of the ethnic disturbances. Though the plant has reopened under local management, the export of tuna has not resumed. Negotiations are underway that may lead to the eventual reopening of the Gold Ridge mine and the major oil-palm plantation.

Tourism, particularly diving, is an important service industry for Solomon Islands. Tourism growth is hampered by lack of infrastructure and transportation limitations.

The top export partners of the Solomon Islands are China, Australia, Italy, Thailand and South Korea. 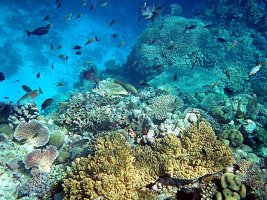 The Solomon Islands chain consists of several large volcanic islands to the south-east of Papua New Guinea, as well as outlying islands and atolls. The terrain is mountainous and heavily forested.

Solomon Islands' per-capita GDP of $600 ranks it as a lesser developed nation, and more than 75% of its labor force is engaged in subsistence and fishing. Most manufactured goods and petroleum products must be imported. Until 1998, when world prices for tropical timber fell steeply, timber was Solomon Islands' main export product, and, in recent years, Solomon Islands forests were dangerously over exploited.

The top import partners of the Solomon Islands are Singapore, Australia, China, Malaysia and New Zealand.

Solomon Islands is a Melanesian country situated in the South Pacific Ocean. It consists of six major islands and over 900 smaller islands. Solomon Islands is lying to the east of Papua New Guinea and northwest of Vanuatu. The country is member of the African, Caribbean, and Pacific Group of States, the Economic and Social Commission for Asia and the Pacific, the WTO, the South Pacific Regional Trade and Economic Cooperation Agreement and other international organizations.

Customs values are determined in accordance with the Brussels Definition of Value.  The simple average applied MFN rate declined to 9.1% in 2008. There has also been a sharp fall in tariff dispersion.

Solomon Islands has bound all of its tariffs, mostly at a rate of 80%;  some applied rates exceed their bindings.  The rate of the goods tax applied on imports is 15%, compared with 10% on domestic goods;  certain imported goods are not subject to the excise duties levied on the same goods produced domestically.

Export taxes are levied mainly on fish, minerals, and timber.  The taxes on timber and fish are levied on a value determined by the authorities.  Firms that export their entire output or satisfy domestic-value-added criteria may be eligible to deduct export profits for income tax purposes.

Imports must be reported to customs by presenting the following documents: the cargo manifest, bill of lading or airway bill, commercial invoice, and customs declaration.

Additional information is required when importing goods subject to licensing. For imports purchased on credit and valued at more than SI$50,000 (about US$6,530), information must be lodged also with the Central Bank to ensure compliance with foreign exchange regulations.  Customs adopted the software package PC Trade in April 2008;  customs declarations must be filled out electronically using the electronic self-assessment declaration (eSAD).

Imports allowed into Solomon Islands without complete information on the customs value may be subject to a surcharge not exceeding 50% of the import duty.  The surcharge is returned if complete information in support of the declared value is presented within six months of importation, or if the importer explains the failure to submit such information.  According to the authorities, waivers are rarely granted.