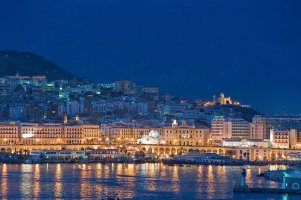 Algeria is a North African nation being blessed with natural resources. Practically the gas and oil sector represent 98% of its exports. The country's government is committed to opening up international trade, and undertaking joint ventures with Algerian businesses to support them and consequently help boost export activities. Today new policies are being implemented in Algeria that include initiating negotiations with the country's main trading partners such as the US, the EU and its traditional partners in Africa and Arab countries.

Concerning trade with Algeria, the exporter wishing to make a collaborative and long lasting approach to the Algerian market has to launch an Algerian subsidiary under local laws. This branch will deal with the Algerian wholesalers and distributors. Algeria's top exports include hydrocarbons and animal products, with the US as its leading exporting partner while its top imports are consumer goods and food materials exported mainly from France.

At the present time the industries that have been showing most growth and offer the best opportunities for exporters are: energy, construction, capital goods, environment, transport, electronic products, food and electrical goods.

Export Portal is one the leading global online marketplaces also featuring Algeria business directory and sell leads of Algerian Manufacturers, Foreign importers, Algerian Importers and suppliers. At exportportal.com you can find a wide selection of quality products from Algeria, including Algerian clothing, Algerian food, Algeria leather goods and many, many more. 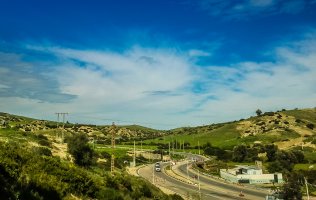 Algeria is the largest country in Africa and the Arab World. The oil and gas sector represent the backbone of the Algerian economy making up 98 percent of export earnings. And what about Algerian imports? The top imports of the country include capital goods, food and beverages and consumer goods. Today China is Algeria's leading supplier. It provides 12 per cent of Algerian imports, compared to France's 11,4 per cent. Algeria's other main trading partners are Italy, Spain and Germany. Algeria imports around $9 billion in agricultural and food products annually.

The main U.S. exports to Algeria are the bulk commodities, however there is also the growing tendency for the consumer ready, hotel and restaurant products, representing a good opportunity for US exporters. Algerian government continues to diversify its economy to attract foreign investment.

Algeria is one of largest importers of wheat.

Demand for soy bean in Algeria is expected to stay high.

Algeria represents another opportunity for U.S. exporters. Algeria imports an average of 200,000 MT of pulses annually, including beans, chickpeas, beans for feeding or lentils.

Vegetable Oil and Other Oilseeds Products

Apart from olive oil production Algeria does not crush any oilseeds.

The most used oils are sunflower oil, olive oil and soybean oil.

In 2011 Algeria has restarted to import U.S. dairy products.

Demand for dried fruits from the USA is expected to continue growing as Algerian consumers appreciate American quality.

The textile sector is refreshing in Algeria and it needs supply in equipment and cotton.

Export Portal is the ideal starting point for international exporters and importers, suppliers, manufacturers, traders and merchants planning to establish contacts with their business counterparts in the Algerian market. Find wholesalers in Algeria, retailers in Algeria as well as business partners in Algeria. There is a great demand for products and services among Algeria's importers.

Over the last few years, Algeria has intensified the liberalization of its trade with foreign countries. However, the country levies high customs duties on some goods to protect national production. All import and export transactions of goods and services must be domiciled with a bank. Since 1 September 2005, the association agreement between the European Union and Algeria has been in force. A large number of products have been exempted from Customs duties. Moreover, Algeria is a member of the Arab Maghreb Union (UMA).

It is only prohibited to export cultural artifacts, specimens of flora and fauna which are threatened with extinction and war material, arms, munitions and suchlike. Some other products are controlled for export, such as hydrocarbons, etc.

Export procedure does not present any particular difficulties apart from the elementary rules of exporting (Register of Commerce, obligation to repatriate income from export, etc).

To import or export goods, you must present a detailed declaration to the Customs office; it must be written and signed by the informant.

Customs Duties and Taxes on Import:

Products with a Higher Customs Tariff: caviar, with Customs Duty of 30% and Domestic Consumption Tax of 50%.

Since 1 September 2005, the association agreement between the European Union and Algeria has been in force. A large number of products have been exempted from Customs duties. Moreover, Algeria is a member of the Arab Maghreb Union (UMA).

Under this regime goods are imported into the customs territory of Algeria for local consumption and remain in this territory with no obligation to export.

The Import Declaration, is accompanied by the following general documents:

• Bill of lading for goods transported by sea, or airway bill for air cargo shipments or CMR

• Certificate of origin: for goods originating in the European Community, original of the certificate EUR1 issued by the Customs authorities of the exporting country

• For products subject to specific regulations, any other documents required (in particular phytosanitary and sanitary certificates)

Under this regime goods imported into the customs territory of Algeria are stored under in warehouses customs control without payment of customs duties or VAT and taxes until released for local consumption or placed under another customs regime.

Using this regime eligible companies carry out, under the customs control, the production, transportation, refining and processing of a number of products, mainly hydrocarbons and chemicals. Imported goods are admitted to the customs territory of Algeria with a full conditional exemption from customs duties and taxes on the condition that the products are exported from the territory of Algeria. If the processed goods are exported, no customs duty or VAT is payable on the import of the goods.

Imported goods that have been processed under this regime are released for local consumption after the customs authorities have assessed the amount of import duties payable and import duties and taxes have been fully paid.

This regime allows the import of goods without payment of customs duties or VAT and taxes: such imported goods must be identical to goods obtained on the local market and used for manufacturing products which have been exported.

Temporary admission applies to goods imported to be used in Algeria for the purpose of a specific project or exhibition which will be re-exported in the same state: such goods enjoy a full relief from customs duty and VAT.