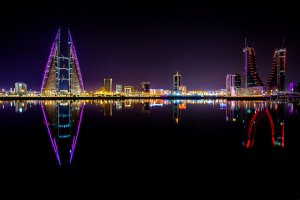 Located just off the eastern coastline of Saudi Arabia in the Persian Gulf, Bahrain is a small archipelago of 33 islands, with the largest island being Bahrain Island. During the last thirty years the country's economy has maintained a relatively even balance of trade. In the course of this period Bahrain's imports just slightly exceeded exports. Bahrain's major export destinations include India, Saudi Arabia, the United States, the United Arab Emirates, Japan, and South Korea. These countries mainly import oil related products, which represent the largest Bahrain's exports. Another important export for Bahrain is aluminum.

If you are a business based in Bahrain looking to increase your exports, visit Export Portal, one of the largest online marketplaces. Advertise your import/export Business and reach thousands of potential global buyers, retailers, business partners. Export Portal is the best way to get involved in the international market. 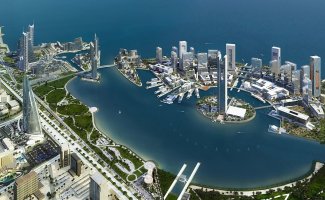 Bahrain is on the 94th position among the world's largest export economies and the freest economy in the Middle East and North Africa. It is also ranked the 10th freest economy in the world. Bahrain has an open economy and according to the World Bank it is a high income economy. Bahrain has a well-developed finance industry and it is the world's fastest growing financial center. It is also known as the business capital of the Persian Gulf.

The most important natural resources of Bahrain are petroleum and natural gas. Oil constitutes about 60% of Bahrain exports. The country also exports petroleum products made from imported crude oil. In addition to oil reserves Bahrain has a considerable aluminium production.

Because petroleum and gas are limited reserves, Bahrain's government tends to increase investment in other economic sectors such as finance and construction, in order to diversify the country's economy. Due to its open economy many multinational firms do business Bahrain. Enterprises have all the necessary components for business activity such as modern communications and transportation infrastructure.

LCL containers containing goods for local consumption are usually unstuffed at a designated customs location after being x-ray scanned or physically inspected (if required).

You are required to submit the Customs declaration and to present it together with the following documents for the importation of goods.

3. Three (3) copies of the Invoices (Original) from the Exporter addressed to the Importer

4. Two (2) copies of the Packing List with detailed weights, packaging and goods classification for each individual item within the shipment

5. A Certificate of Origin (Original) from relevant Chambers of Commerce of country of origin of goods

8. Import Permit/Approval from relevant authority for importation of restricted goods

10. A statistical declaration if the final destination of the Goods is within the Gulf Co-operation Council (GCC) countries

After submitting your customs declaration using the Customs Clearing System (eCAS), the procedure for customs clearance will be as follows:

1. Pay the duty and fees due at the cashier desk in the customs point where the Goods will be cleared

2. Submit all the relevant documentation to the Customs Clearing Officer at the Customs Point

3. Pay the relevant cargo handling fees and make an appointment for movement of the cargo at the Port Operator desk

4. Port operator will move the container to the relevant inspection point

5. Customs will risk assess the goods and inspection may be carried out accordingly

6. Finally the goods will be cleared and allowed to leave the customs point

All Arab origin products which are imported under the facilitation and trade exchange convention among Arab countries are reciprocally exempted from customs duties on producing a recognized certificate of origin. However, all types of tobacco, cigarettes and alcoholic beverages are excluded from such exemption.

When exporting goods from the Bahrain, no customs duties are levied on exports. However, the shipper must produce the following documents to Customs for use in the production of government statistics.

Upon production of the relevant documents, the exporter may ship the goods to the destination port.

Re-exportation outside the GCC countries

Re-exported goods and products are divided into four categories:

- For re-exportation, the customs declaration, together with the relevant invoices should be provided to the customs authority.

- The customs declaration, together with the required documents should be presented to the customs gateway. The customs will examine the goods and oversee the exportation thereof.