The British Indian Ocean Territory (also known as BIOT) is an overseas territory of the United Kingdom located in the Indian Ocean between Tanzania and Indonesia. The territory consists of the seven islands of the Chagos Archipelago with over 1,000 individual islands.

The economic activity of the British Indian Ocean Territory is concentrated on the largest island - Diego Garcia. This is the island where joint Anglo-American defence facilities are situated.

It should be mentioned that the industrial and agricultural sectors are not fully developed. However, some crops such as coconuts and sugarcane, are cultivated. Sugarcane represents the main exported commodity for the British Indian Ocean Territory. 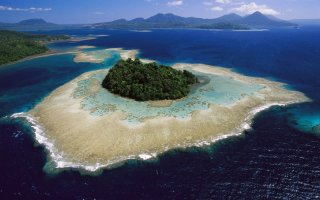 Situated in the middle of the Indian Ocean, the British Indian Ocean Territory is an important strategic base acting as a staging area for navy ships, aerial tankers and other military services whose missions take them to Africa, Asia and the Middle east.

Secondary missions are expressed by the fact that BIOT is one of the Space Shuttle’s emergency landing sites. Diego Garcia also hosts one of Global Positioning System’s 3 ground antennas.

However, it should be mentioned that there are no industrial or agricultural activities on the islands.

The British Indian Ocean Territory is an overseas territory of the UK situated in the Indian Ocean between Tanzania and Indonesia. The territory consists of 7 islands of the Chagos Archipelago with over 1,000 small individual islands. The head of state is Queen Elizabeth II, as BIOT is a territory of the United Kingdom. The BIOT laws are based on the UK constitution.