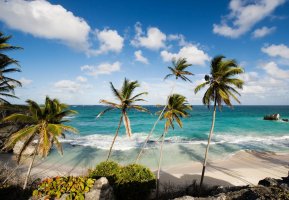 The main economic sectors of the Cayman Islands are tourism and financial services. These two sectors account for about 70–80% of the country's GDP.  The primary source of the government's revenue is indirect taxation, as there is no income tax, capital gains tax, or corporation tax on the Cayman Islands.

Cayman Islands are characterized by the highest standard of living in the Caribbean area. The Cayman Islands GDP per capita is estimated to be the 14th highest in the world. The islands are a popular tourist destination for North American tourists. The Cayman Islands offer scuba diving and other touristic activities. One of the most important attractions is the Stingray City in Grand Cayman.

The Cayman Islands is the world's 169th largest exporter. The major exports of the country include recreational boats, refined petroleum, gold, paintings, sea salt, jewelry, turtle products. The top export partners of the Cayman Islands are Cyprus, Italy, Spain, the Bahamas and the US. 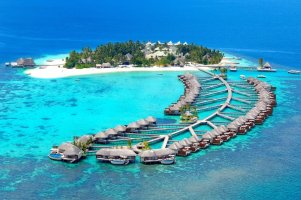 Services, such as tourism and finance, contribute the most to the country's GDP. Other economic branches like agriculture are not well developed. Agriculture accounts for only 0,3% of the gross domestic product. The major agricultural products are fruits and vegetables. Livestock raising and turtle farming are also practiced. The Cayman Islands needs to import almost all of its food requirements. The industrial sector represents 7.2% of the islands' GDP

Import duties in Cayman Islands vary from 0 to 102%, the average tariff being 20.5%. Customs duty rates are calculated on the CIF value of the products. There are no VAT or excise taxes in the Cayman Islands.

Duty rates vary according to the products as it follows:

In order to import live animals (bird, aquarium fish), plant or plant products into the country, an import permit must be obtained from the Cayman Islands Department of Agriculture. In addition, these products must be inspected and accompanied by an original copy of an inspection certificate, which must be issued by the Agricultural Authority of the country of origin.

The required certificates are:

- Official Health Certificate for animal, bird or fish; or

Imported meat and meat products for consumption require an accompanied Certificate of Wholesomeness from the country of origin, irrespective of the type of meat. It should be mentioned that meats are permitted only from a specific list of approved countries: United Kingdom, Northern Ireland, USA, Canada, CARICOM States, Australia and New Zealand, Costa Rica, Nicaragua and Honduras.

The following import documentation are required to clear customs:

- Airway bill or bill of lading

- Phytosanitary or health certificate where required; and