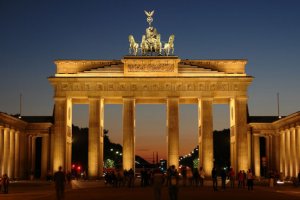 Being Europe's largest economy, Germany is considered one of the most active trading countries in the world. The country is the 3rd largest exporter and importer in the world, accounting for more than half of the EU's foreign trade. In international markets, German companies are well known for their excellent reputation. The label on German products "Made in Germany', very soon became a seal of quality, as they represent cutting-edge technology, innovation and quality. Global players interested in doing business in Germany benefit from the sound economic conditions of the country, as well as from the excellent qualifications of the workforce. These factors are greatly valued by foreign investors.

It is worth mentioning that the German economy focuses on industrially produced goods and services. For instance, German vehicles, engineering products and chemicals are highly valued internationally. Around one euro in four is earned from exports and more than every fifth job depends on international trade.

Germany is the second largest exporter in the world, with exports accounting for a third of its economic output. Germany main exports are cars, machinery and equipment, chemical products and computer and electronics. Main export partners are France, the United States, the United Kingdom and Netherlands.

If you are interested in exporting goods from Germany, Export Portal offers you business to business and business to customer resources for the international trade. Contact German exporters, wholesalers and manufacturers, find offers to buy, business opportunities and trade leads in Germany and over 200 countries of the world. Export Portal holds thousands of German car suppliers, German car parts suppliers, Chemical distributors in Germany and many others. Join Exportportal.com now to find the best deals with low prices on high quality products, to find business partners or to showcase your business and products throughout the world. 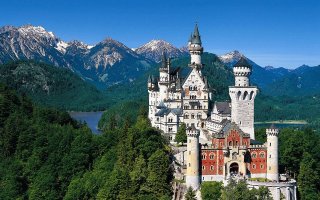 Germany has a social market economy characterised by a highly qualified labor force, a developed infrastructure, a large capital stock, a low level of corruption, and a high level of innovation. It has the largest national economy in Europe, the fourth largest by nominal GDP in the world, and ranked fifth by GDP (PPP) in 2015. The country is a founding member of the European Union and the Eurozone. The economic model of Germany is based on the concept of the social market economy.

Germany is part of the European market which represents more than 508 million consumers. Several domestic commercial policies are determined by agreements among European Union (EU) members and by EU legislation. Germany introduced the common European currency, the Euro in 2002. It is a member of the Eurozone which represents around 338 million citizens. Its monetary policy is set by the European Central Bank, which is headquartered in Frankfurt, the financial centre of continental Europe.

The top import partners of Germany are the Netherlands, China, France, the United States and Italy.

Germany is a federal parliamentary republic in West-Central Europe. It includes 16 constituent states. Its capital and largest city is Berlin. With about 81.5 million inhabitants, Germany is the most populous member state in the European Union.

Tariffs on export and import

Germany is part of the harmonised trade system of the EU and importing and exporting are covered by EC Regulations.

A Common External Tariff (CET) is applicable to other countries.

The European Community has created the Binding Tariff Information (BTI) system as a tool to obtain the correct tariff classification for goods for import or export.

To reduce the impact on the environment, the EU has required legislation concerning the management of packaging and packaging waste.

The CE mark is a mandatory conformity marking for certain products sold within the European Economic Area (EEA).

All labelling and information directives of the European Council must be met, as well as local and national regulations. Information on the labelling of products in the interest of consumers and compliance procedures are available at Summaries of EU Legislation. Food information and labelling legislation must comply with EU legislation.

For organic produce, EU legislation requires that imported organic food from third countries be produced to the same standards as that from the EU.

There are controls on imports into Germany on a number of products.

This may occasionally be requested by the importer and a minimum of two copies is required.

No prescribed form and a minimum of two copies is required. The invoice must include:

No special requirements. To Order bills are acceptable.

Not obligatory, but simplifies clearance if a variety of goods are packed in different cases.

Insecticides and other potentially dangerous chemical substances for general sale are restricted by law. Substances have to be approved and registered with German government agencies after testing, to determine whether the product is safe for normal trading.