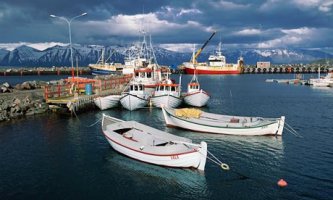 Iceland has the smallest population in the Nordic region, however, the country ranks as one of the top 15 countries in terms of per capita income. It is characterized by established and sophisticated market with a trusted trading relationships with many countries in the world.

Export Portal invites you to discover a great opportunity with Iceland Trade, Iceland Export and Iceland Import Business. If you are interested in exporting products from Iceland, check out various Icelandic items on Export Portal like wool, books, beauty products and of course seafood products. It should be noted that Iceland's exports are dominated by fish and fishery products. The country is the 4th largest exporter of fish to the EU after Norway, China and Ecuador. In recent years Icelandic exports of manufactured products have been also growing rapidly, led by pharmaceutical products and aluminum. 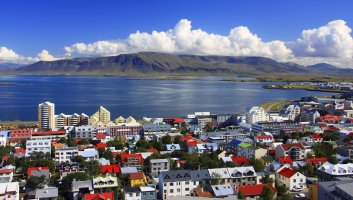 Iceland's economy is mixed and well developed in terms of free trade. The country's economy is highly export oriented, with marine products constituting the main export commodity. In this context should be pointed out that Iceland's economy depends on foreign trade more than other countries. Iceland's major import partners are Germany, United States, Norway, Denmark and China.

Iceland's arable lands represent only 0,7 percent of the total area, because the island's terrain is primarily volcanic and mountainous. The country isn't very rich in mineral resources, sulphur and diatomite are mostly extracted. The main natural resources of Iceland are those used for cement production. Instead, Iceland is considered a world leader in the use of renewable energy and the largest electricity producer per capita. The island's abundant hydroelectric and geothermal sources provide 85 percent of all the country's primary energy.

The general rule is that import charges are to be paid when importing goods to the country in accordance with the customs tariff that has legal validity in Iceland. Included in the import charges are duties, excise duties and value added tax as well as various other charges that may be added when a good is imported.

The following documents should be submitted with an import declaration: