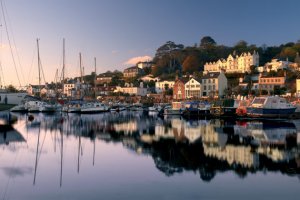 Jersey (officially the Bailiwick of Jersey) is a Crown dependency of the United Kingdom, ruled by the Crown in right of Jersey, off the coast of Normandy, France.

The independent economy of the country was built up after separating from the Duchy of Normandy. In that period of time the UK played a very important role in setting up the island’s international relationships, regarding the worldwide trade.

Jersey started to gain its position on the international market after the living standards improvement. The roads were constructed to connect the island with St. Helier harbor, the main trade connector. Farmers in previously isolated valleys were able to transport crops grown in the island's microclimate swiftly to waiting ships, and then on to the markets of London and Paris ahead of the competition.

Until the nineteenth century, cider was the largest agricultural export with up to a quarter of the agricultural land given over to orchards. In 1839, 268,199 gallons of cider were exported to England alone, but by 1870, when beer became a more popular drink, cider exports from Jersey had slumped to 4632 gallons.

Jersey’s economy is based on import and export of different goods, as well as on tourism, hospitality, retail and wholesales, construction and agriculture.

Nowadays, the country focuses on agriculture and fishery development. It exports large consignments of fish in Europe as well as in South and North America. Jersey exports fish, crustaceans and aquatic invertebrates, mollusks, coral calcium and cod-liver oil.

As the climate is beneficiary for growing cattle, the country exports meat and meat products, eggs and eggs products as well as milk.

The main partners of Jersey are The United Kingdom, The United States of America, France and Brazil. 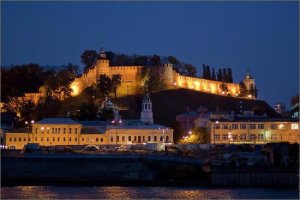 Jersey tends to become a developing country and gain its place on international market. Due to the fact, that the territory of the country is not very big, the government has to import a lot of products in order to facilitate people’s life and motivate local manufacturers to produce for other countries. These imports include: construction and building materials, machinery and mechanical appliances as well as electronics.

Tourism plays a very important role in the country’s economy. For the landscape maintenance, the government imports irrigating systems, lawn-mowers and decorative fences.

The government is focused on nautical development. I such a way, the country imports power boats, small boats, fishing boats and sailboats.

The state continues to develop the transport infrastructure because it is not well developed. The UK is one of the biggest Jersey importers of logistics and transport.

The main partners of Jersey are the United Kingdom, Germany, The United States of America and Japan.

Jersey Customs & Immigration Service (JCIS) provides a strong and effective border control to protect Jersey from illegal immigration, the movement of prohibited or restricted goods, and loss of revenue from duty and tax evasion on imports.

JCIS has the following roles:

Three different duties and taxes are collected on imported goods:

- Common Customs Tariff (CCT). This is charged on all goods imported from outisde the European Union (EU).

For the successful importation of products into Jersey, the local partner/office must have the following documents:

- Charter of the company (notarized);

- Certificate of registration from the Statistical Department (notarized copy);

- Certificate of registration from the Ministry of Justice of Jersey (notarized copy);

- An official document from the bank confirming the presence of an account (original);

- Warranty for the right of cargo handling in customs sphere (original);

- Passport of the person who is in charge of customs clearing.

Additionally, when imported goods arrive in country, the local counterpart must have the following documents at hand:

- Contract between the local and the international company;

- Certificate of origination from the sending country.