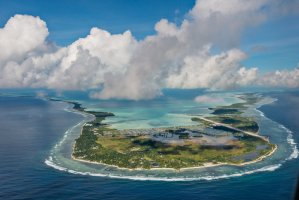 Kiribati (officially called the Republic of Kiribati) is a small island in the central part of the Pacific Ocean with population of 100.000 people.

The island started to create its own economy and international trade system in 1979, after the territory became independent from The United Kingdom. Despite the fact, that the Kiribati is one of the youngest countries in he word, it is a member of the Commonwealth of Nations, the IMF and the World Bank. Not long ago, the island became a full member of the United Nations.

Kiribati’s economy is constrained by geographical remoteness and fragmentation, a harsh environment with infertile soils, limited natural resources, and the need to create jobs for an expanding population. Due to the fact, that the soil on the island is not as fertile, as it should be, the governance invests a lot of  funds in Fishery and Sea industries. The biggest part of Kiribati exports consists of non-fillet frozen fish, fish fillets, live fish, crustaceans and aquatic invertebrates.

In addition to fishing, Kiribati is focused on Copra and Coconuts industry, as coconut plantations occupy the biggest part of the island’s territory. Copra is exported in bulk in many countries of the world.

Due to its geographical position, the country is rich in potable water. The biggest water importers and constant trade partners of the country are Thailand and Japan.

The country establishes good sea trade connections with neighbor countries. In such a way, the local manufacturers produce and export fishing ships as well as canoe. 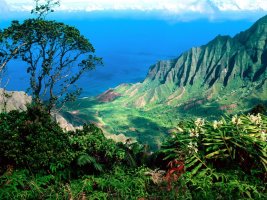 Kiribati is considered to be a very young developing country. In one form or another, the country gets a large portion of its income from abroad. Examples include fishing licenses, development assistance, worker remittances, and tourism.

Kiribati has a very limited domestic production ability. That is why, it must import nearly all of its essential foodstuffs and manufactured items.

The country focuses on creating strong logistic system on its territory. The deficit of roads influences badly local economy as well as its position on international market. In such a way, the country is obliged to import construction materials as well as machinery and mechanical appliances.

Despite the fact, that the country is very small, it has two domestic airlines: Air Kiribati and Coral Sun Airways. Kiribati does not have any resources to produce any airplanes. That is why, the government imports airplanes as well as aerospace and defense supplies.

Kiribati is an island country situated in the central Pacific Ocean. The country is a member of the Commonwealth of Nations, the IMF and the World Bank, the African, Caribbean, and Pacific Group of States and other international organizations. Kiribati maintains relations with its Pacific neighbours, Australia, New Zealand, Taiwan, Japan and Fiji.

Customs tariffs are imposed as a service of revenue and can reach up to 75%. Most duties are levied ad valorem, with specific duties on alcoholic beverages, tobacco, certain chemicals, petroleum,  and some other goods.

Since a single-line tariff was introduced, trade preferences are no longer granted to imports from Commonwealth countries.

All imported goods are subject to an additional freight levy charge.

Products imported into Kiribati require import permits and licenses as well as health and phytosanitary certificates, as the country operates a strict quarantine regime for the import of food, plants and animal (including fish) products.

Detailed information on customs tariffs for every product category: