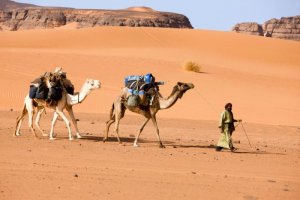 Libya, officially the State of Libya, is a country in the Maghreb region of North Africa bordered by the Mediterranean Sea to the north, Egypt to the east, Sudan to the southeast, Chad and Niger to the south, and Algeria and Tunisia to the west. The largest city and capital, Tripoli, is located in western Libya and contains over one million of Libya's six million people. The other large city is Benghazi, which is located in eastern Libya.

The EU was Libya's major source of imports and its largest market. The main exporting products and commodities destinated to Libya consist mainly of machinery and transport equipment, semi-finished goods, food, consumer products , fuels and mining products, and agricultural products.

According to the International Trade Center, the top five import categories for Libya, along with percentage of total imports, were:

Export Portal invites you to join our community and to consider the possibility to start searching for new trading partners here, for importing quality products to Libya for low prices. 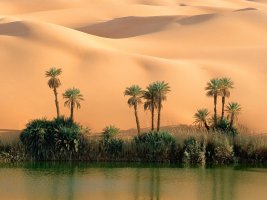 Situated in the north of Africa, and sharing a border to the west with fellow OPEC Member Country Algeria, Libya comprises around 1,760 thousand square kilometers. More than a quarter of the country's six million plus inhabitants live in its capital city, Tripoli. Arabic is the main language.

Top 5 Products exported by Libya are:

Apart from petroleum, Libya's other natural resources are natural gas and gypsum. Its economy depends primarily on the oil sector, which represents over 95 per cent of export earnings. Moreover, the oil and gas sector accounts for about 60 per cent of total GDP. Substantial revenues from the energy sector, coupled with a small population, giveLibya one of the highest per capita GDPs in Africa.

At Export Portal you will find many international exporters ready to trade their goods online and many potential buyers to increase your income.

Libya has the highest per capita income of continental Africa. Most Libyans live on the Mediterranean coast, many in Tripoli and Banghazi.

EU imports from Libya are dominated by energy, in particular petroleum and petroleum products. EU exports to Libya consist mainly of machinery and transport equipment, fuels and mining products, and agricultural products. In 2010, before the Arab Spring and the popular uprising in Libya, the EU was an important trading partner for Libya accounting for 70% of the country's total trade, which amounted to approximately €36.3 billion in 2010. The EU was Libya's major source of imports and its largest market for exports in 2010. Despite the decrease in trade during 2011, the EU-Libya trade relationship is confirmed by 2012 and 2013 statistics: Libya continues to be a fundamental energy exporter to the EU.

Libya is a member of the Common Market for Eastern and Southern Africa (COMESA). The COMESA Customs Union was launched on June 7, 2009. A transitional period of three years (June 2012) was provided during which the Member States would align their national tariffs with the COMESA CET. The CET is based on categorization of goods with the following tariff rates: raw materials and capital goods - 0%; intermediate goods - 10%; and finished goods - 25%. Sensitive products will be given differential treatment in terms of application of the CET. Member States: Burundi, Comoros, D.R. Congo, Djibouti, Egypt, Eritrea, Ethiopia, Kenya, Libya, Madagascar, Malawi, Mauritius, Rwanda, Seychelles, Sudan, Swaziland, Uganda, Zambia, and Zimbabwe. The Libyan Customs Administration cancelled duties on more than 3500 product categories, effective August 1, 2005. A flat 4% (ostensibly a service fee, vice a duty) are levied on most imported products. Approximately 80 products remain subject to duties of between 25 and 50%. Products of at least 40% Arab origin content are exempt from customs duties.

Import duties must be paid in the Libyan currency, the dinar. Duty is appraised on the gross weight (in metric) of the shipment.

The annual commodity budget from the General People's Congress, executed by the Secretariat for the Economy, Trade, and Economic Planning, sets import policy.

According to the decision made in July in 2005 all materials imported to Libya are exempted from customs duty. Instead of customs duty, a general customs service’s fee of 10% of the value of the goods plus 1% services tax from the value of the goods need to be paid. To protect the local market, a list of 81 items has been issued for which production and consumption tax needs to be paid.

Single-column tariff, based on the Customs Cooperation Council Nomenclature (CCCN). Tariff (single column) ad valorem on the cost, insurance and freight (CIF) value, plus a 10 per cent customs surcharge. The exceptions are goods imported by oil or petroleum firms, which are generally not taxed.

UN sanctions against Libya have been lifted temporarily and trade may be resumed normally except for some sensitive products or services, which need prior approval from official trade departments depending on the type of product. Commitments of a long-term nature must be treated with caution since sanctions could be reimposed.

The Libyan Government is able to pay for goods and services, by direct payment to the supplier. Import trade by private companies and partnerships is permitted for goods which are not classed as strategic and for goods not contained in the annual Commodity Budget. The importer is subject to licensing, administered by the Secretariat of Economy and Foreign Trade.

Goods listed in the annual Commodity Budget may be imported only by state owned enterprises. Foreign exchange is allocated through the Exchange Control Department of the Central Bank. Allocation is dependent upon the establishment of a firm contract and the issue of an import licence.

Exercise caution when entering into any financial commitment concerning export of goods or services to this country in view of certain changes in regulations which are not pre-advised. It is advisable that exports are covered by pre-opened letters of credit duly confirmed by a first class bank outside Libya. CAD terms of payment should be avoided and the preferred currency is US dollars or DEM.

All plants and plant products require import permits, as well as phytosanitary certificates. Meat requires a halal certificate to the effect that it has been slaughtered according to the Islamic laws. This must be legalised by an Arab Embassy, if no Libyan Embassy is established. Such a certificate is not required for meat cuts of less than two kilograms in weight.

All foods require a health certificate. A certificate of purity legalised by the Embassy is required for all medical goods and drugs.

Cost, Insurance and Freight (CIF) quotations are acceptable for cash against documents (CAD) shipments only. Payment is usually by letter of credit but CAD should be avoided at all costs.

Fax signatures are not permitted. Pro-forma invoices are not compulsory but will usually be requested by importer and will greatly assist in arranging insurance.

No prescribed form, but must be signed by exporter and be certified by an approved authority, prior to legalisation by an Arab Consulate. Importer will specify number of copies. The invoice must show the following:

A certificate of origin is required for all imports. No prescribed form, but the original is required by Libyan Customs. It must include name of company or factory which produced the goods and be certified by an approved authority (see 'Guidelines', section 2.3) and then by the Libyan Embassy.

Goods re-exported to Libya through intermediate countries must be accompanied by a certificate of origin from the original source of manufacture.

The following statement must appear in the certificate of origin and be signed by the shipper: 'We hereby certify that the goods enumerated in this invoice are not of Israeli origin nor do they contain Israel materials. Also the goods are not shipped by a vessel on the Arab Blacklist or calling at any Israeli port.'

No special requirements. The number of copies will be specified. The bill of lading must include:

There are no specific packaging requirements, although packaging should be strong and should guard against extreme heat in summer, humidity in winter, and possible brief periods of storage in the open.

Outer containers should bear the consignee's mark and port mark and be numbered (to accord with packing list) unless their contents are such that they can be otherwise readily identified. Although not compulsory, it is advised that all printed contents be in Arabic or French.

There are special certificates required for plants, meats, foodstuffs, and medical goods.

For foodstuffs, the date of manufacture, expiry date of fitness for human consumption and the conditions of storage and preservation should all be written in Arabic. Trademarks should be clearly shown.

Drugs and pharmaceuticals are subject to special regulations laid down by Ministry of Health. These may be imported only by qualified and registered medical, veterinary practitioners and pharmacists.

Eggs must be marked with the name of the exporting company, the country of origin and the date of production. The import and use of insecticides is subject to special regulations.

Must be effected through a Libyan company or agency if importer wishes to establish letters of credit. Normal practice may be followed with CAD shipments.