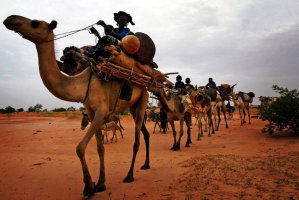 Mali, officially the Republic of Mali, is a landlocked country in West Africa. Mali is the eighth largest country in Africa, with an area of just over 1,240,000 square kilometres. The population of Mali is 14.5 million with the capital of Bamako. The landlocked West African country of Mali - one of the poorest in the world - experienced rapid economic growth after the 1990s, coupled with a flourishing democracy and relative social stability.

Mali consists of eight regions and its borders on the north reach deep into the middle of the Sahara Desert, while the country's southern part, where the majority of inhabitants live, features the Niger and Senegal rivers. The country's economic structure centers on agriculture and fishing. Some of Mali's prominent natural resources include gold, being the third largest producer of gold in the African continent, and salt, but the other commodities and necessities have to be exported to Mali from outside. For example, machinery and equipment, construction materials, petroleum, foodstuffs, and textiles are imported.

According to the International Trade Centre, the top five import categories for Mali are: 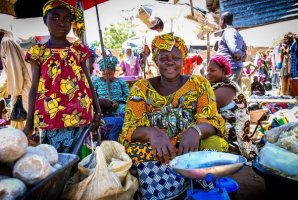 Mali was once part of three famed West African empire which controlled trans-Saharan trade in gold, salt, slaves, and other precious commodities. These ancient kingdom had neither rigid geopolitical boundaries nor rigid ethnic identities. The empire expanded throughout West Africa from the 8th century until 1078, when it was conquered by the Almoravids. Since those ancient times Mali was renowned as a center of both trade and Islamic learning.

Nowadays Mali doesn't have this grand status. Mali's trading resource in livestock consists of millions of cattle, sheep, and goats. Mali is very active in the agricultural sector, as agricultural activities occupy 70% of Mali's labor force and provide 42% of the GDP. Cotton and livestock are the main trading matters and make up 75%-80% of Mali's annual exports. Small-scale traditional farming dominates the agricultural sector, where people grow mostly cereals, primarily sorghum, pearl millet, and maize and they have about 90% of the 14,000 square kilometres under cultivation. The most productive agricultural area lies along the banks of the Niger River between Bamako and Mopti and extends south to the borders of Guinea, Cte d'Ivoire, and Burkina Faso. Average rainfall varies in this region from 500 mm (20 in) per year around Mopti to 1,400 mm  in the south near Sikasso. This area is the most important for the production of cotton, rice, pearl millet, maize, vegetables, tobacco and tree crops which further go for the export to other countries.

The Niger River also is an important source of food for Malian population, providing food and fish for riverside communities. The surplus - smoked fish, salted fish, and dried fish - is exported.

Gold, livestock and agriculture represent 80% of the Mail exports. Trade in Mali has suffered as it is a landlocked nation and neighboring country of Cote d'Ivoire has seen continued unrest. Exports and imports have been propelled by the existence of a railway line to Senegal. Mali is in the process of constructing a road network to connect it to adjacent nations.

According to the International Trade Centre, these are the top five export categories for Mali:

Republic of Mali a landlocked country in Western Africa consisting of eight regions.

Mali is a member of WTO and the Organization for the Harmonization of Business Law in Africa (OHADA). Mali is a part of "French Zone" (Zone Franc), which means that it uses CFA franc. Mali is connected with the French government by agreement since 1962 (creation of BCEAO). Today all seven countries of BCEAO (including Mali) are connected to French Central Bank.

Wild Fauna and Flora: Plants and parts thereof: phytosanitary certificate must be issued by the authorities in the country of origin, except fresh fruit and vegetables for consumption.

The duty rates on motor vehicles is as follows:

Listing Of Goods Exempted from PSI

d) Ammunitions and weapons other than those for hunting and/or sport, materials and equipments ordered by thearmy for its own account,

diplomatic and consular missions and supplies to United Nations Organisations for their own use in Mali,

q) Imports ordered by the public administrations for their own account,

In accordance with the latest decision of the Mailan customs authorities, the importers fiscal identity number [NIF = numero d'identification fiscale] must be mentioned on all import documents, for border crossing operations.

This number is the identification number of the Importer/Consignee at the Malian Tax Ministry. In this respect please make sure and mention this ID number on all shipping documents [at least suppliers' invoice, if possible the B/L]. Since this document is required for forwarding purpose out of port of discharge to Mali, we need to receive it prior to vessel arrival with the advance notification or the shipping document, otherwise the on carriage will be delayed until this number is known.

Local currency (CFA Franc-XOF): unlimited; foreign currencies: equivalent of XOF 25,000.- in banknotes. NON-RESIDENTS who made a declaration on entry may re-export all their currencies less a reasonable amount equivalent to their expenses in Mali. No restrictions on foreign currencies in the form of cheques or letters of credit.