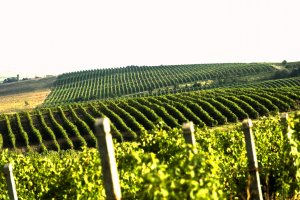 Moldova is an open country for all kinds of foreign investments. Moldovan government reports that foreign investors are free to "place their investments throughout the Republic of Moldova, in any area of business activity".

Moldova has an agricultural economy with a strong but volatile growth performance, vulnerability to climatic and global economic conditions.

Moldova is known for its wines. For many years viticulture and winemaking in Moldova were the general occupation of the population. The country has a well established wine industry with big vineyard areas used for commercial production. Most of the country's wine production is made for export.

Moldova's rich soil and temperate continental climate have made the country one of the most productive agricultural regions, and a major supplier of agricultural products in southeastern Europe.

Exports in Moldova increased in the last year. As a result of an expansion of the textile industry, exports of clothing are gaining importance and already account for the biggest share of exports. Moldova's exports to the EU grow very dynamically, especially exports of agricultural goods. Among exported goods are also machinery and appliances, vegetable products and other foodstuffs and beverages. 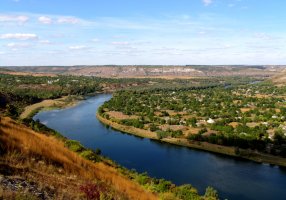 Moldova's economy relies heavily on its agriculture sector, featuring fruits, vegetables, wine, and tobacco.
Moldova's goal of EU integration has resulted in some market-oriented progress. Moldova experienced better than expected economic growth in the last years due to increased agriculture production, to new economic policies, and to the receipt of EU trade preferences connecting Moldovan products to the world's largest market. Moldova has signed some trade agreements with the EU and achieved a Free Visa Regime in 2014.

Moldova joined the World Bank in 1992. Since then the Bank has undertaken many steps for reducing poverty and fostering economic growth in the country.

Chamber of Commerce and Industry

The Republic Of Moldova is a small, densely populated country, which gained its independence and became a sovereign state in 1991. It is situated in South-eastern Europe, North of the Balkan Peninsula. It shares its borders with Romania and Ukraine.

Since 1991, significant steps have been taken towards improving the business environment in Moldova. In recent years Moldova has made headway on the stabilization front (stable currency and low inflation), but is still involved in structural reforms and the creation of a business-friendly legal and tax environment. Furthermore, Moldova has declared European integration to be a strategic objective. The Government of the Republic of Moldova considers European  integration as a fundamental priority of the domestic and foreign policies of the Republic of Moldova.

Moldova has been a member of the World Trade Organization since 2001. Since 2008, Moldova has benefited from the Autonomous Trade Preferences (ATP) in its trade with the European Union, received as a result of Moldova's improvements of the institutional framework and in particular procedures on control and certification of origin.

The new trade regime provides for duty and quota free access to EU markets for all products originating in Moldova, except for certain agricultural ones, which are extremely sensitive for the EU internal market (meat, dairy products, white sugar, wine with alcoholic concentration of less than 15%, etc.) for which under the customs free access import tariff quotas apply.

Generally, any kind of goods and transport means may enter and leave the territory of Moldova without any restrictions. There are certain limitations that are provided by the legislation in force, specifically the Customs Code, the Law on customs tariff, other normative legal acts and international agreements signed by the Republic of Moldova. The limitations are provided by law in the interests of national security, protection of public order, environment, intellectual property rights and protection of items of artistic, historical and archaeological value. As part of the non-customs regulations, import licenses are required for the import of tobacco and tobacco products, goods of phytosanitary use, toxic chemical substances, chemical household articles, explosive materials including fireworks, etc.

Goods crossing Moldova’s border should be declared to the customs authority, either by the importer or licensed customs broker on behalf of the importer. The release of goods for the free circulation on the territory of Moldova must be supported by a set of adequate supporting documentation. Generally, the following documents are required to support the declared information: customs declaration, contracts (including annexes), invoices, shipping documents, certificates of origin of goods, conformity certificates and licenses, evidence of payment of import duties and any other documents requested by Customs authorities so as to verify the declared information.

The customs fees and duties which need to be paid in an import procedure include the following:

2) Import duty according to the Customs Tariff;

4) Excises according to the Fiscal Code;

Measures of economic policy imply the observance of restrictions on the introduction or import of goods and vehicles into Moldova established for the purpose of economic policy, which provide for licensing, quotas, taxation, price ceilings and thresholds.

The customs clearance, as a rule, takes place at the regional customs office which is nearest to the importer's legal address. Once the stamp "Liber de vama" ("Free from customs") is applied, the imported goods may be released into free circulation.

The customs fees and duties which need to be paid in an import procedure include the following:

Measures of economic policy imply the observance of restrictions on the introduction or import of goods and vehicles into Moldova established for the purpose of economic policy, which provide for licensing, quotas, taxation, price ceilings and thresholds. The customs clearance, as a rule, takes place at the regional customs office which is nearest to the importer's legal address. Once the stamp "Liber de vama" ("Free from customs") is applied, the imported goods may be released into free circulation.

Any person or company which carries out import procedures should have the following papers:

Imports from certain countries enjoy preferential tariff treatment. Such treatment would be applicable only upon the submission of a certificate of origin for the imported goods. In the event such preferential treatment is tied to a quota, the importer will also have to submit an import certificate from the relevant authority

Any person or company which carries out export procedures should have the following papers:

• cargo list of goods (a document which accompanies the transport papers and shows detailed type and packaging of exported goods);

• certificate of origin (this is not an obligatory document, but it is needed when exported goods can benefit of preferential tariff schemes);

• Sanitary-veterinary and phytosanitary certificates (in case of agricultural products);

• export licenses (in case of export of arms and ammunition)

Generally, export from the Republic of Moldova is free and does not need an export license. Still, export license is needed in special cases and for specific goods, as for example export of arms and ammunition.