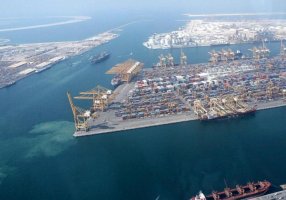 Mozambique is endowed with rich and extensive natural resources. Mozambique's economy is based largely on agriculture, but industry, mainly food and beverages, chemical manufacturing, aluminium and petroleum production, is growing. The country's tourism sector is also growing. South Africa is Mozambique's main trading partner and source of foreign direct investment. Portugal, Brazil, Spain and Belgium are also among the country's most important economic partners.

In Mozambique, agriculture is the mainstay of the economy and the country has a great potential for growth in the sector. Agriculture employs more than 80 percent of the labour force; 20% of the total export value originates from the agriculture sector, mostly through the export of fish (mainly shrimps and prawns), timber, copra, cashew nuts, citrus fruit, cotton, coconuts, tea and tobacco.

Agricultural potential is high, particularly in the fertile northern regions, which accounts for the bulk of the country's agricultural surplus. Sugar production has high rates which makes the country a major sugar exporter. All the plantations and refineries have been privatized. Marine products, particularly prawns, are Mozambique's largest single export. There is an abundance of marine resources that are not fully exploited.

Mozambique has a wealth of natural resources, including deposits of iron ore, gold, bauxite, graphite, marble and limestone. There are also rare and important minerals such as tantalite and ilmenite (a source of titanium). And the Tete highlands have large reserves of coal, which is exported to places like India and China.

Mozambique exported its first batch of coal in 2011 and expects to become the world's largest coal exporter. Natural gas is also reported to make Mozambique have the fourth largest reserves in the world, after Russia, Iran and Qatar.

But the most important earner for Mozambique is aluminum. Since the opening of a large smelter near Maputo in 2000 (the country’s largest foreign investment project to date), aluminum became the most valuable export.

The medium-term outlook for exports is encouraging, since a number of foreign investment projects should lead to substantial export growth and a better trade balance. MOZAL, a large aluminum smelter that commenced production in mid-2000, has greatly expanded the nation's trade volume. 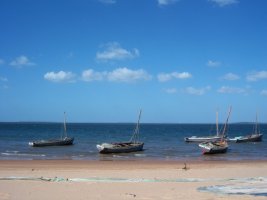 Mozambique is a country in Southeast Africa bordered by the Indian Ocean to the east, Tanzania to the north, Malawi and Zambia to the northwest, Zimbabwe to the west, and Swaziland and South Africa to the southwest. It is separated from Madagascar by the Mozambique Channel to the east. The capital and largest city is Maputo.

The economy of Mozambique has developed since the end of the Mozambican Civil War (1977–1992). The government embarked on a series of macroeconomic reforms designed to stabilize the economy, but Mozambique still remains dependent upon foreign assistance for much of its annual budget. Subsistence agriculture continues to employ the vast majority of the country's workforce. A substantial trade imbalance persists although the opening of the MOZAL aluminium smelter, the country's largest foreign investment project to date has increased export earnings. Additional investment projects in titanium extraction and processing and garment manufacturing should further close the import/export gap.

In recent years, the value of imports was twice as much than that of exports. In 2000 imports were $1,217 million, and exports were $723 million. Support programs provided by development partners have largely compensated for balance of payments shortfalls.

Growing at around 7% each year, Mozambique is one of Africa’s strongest economies. Foreign companies have increasingly chosen to invest here, particularly in mining ventures.

Like most countries in sub-Saharan Africa, Mozambique's international economic transactions are based on the exportation of agricultural commodities in exchange for capital goods. Since the international terms of trade accord higher value to the latter, Mozambique routinely suffers from a balance of payments deficit, hence, in part, its constant need to borrow money from the IFIs and wealthy foreign governments. The balance of trade deficit varies widely, depending upon, among other things, the market success of agricultural export commodities in a given year (as we have seen, this, in turn, depends on both weather conditions and international commodity prices).

Mozambique is a member of the World Trade Organization (WTO) and the Southern African Development Community (SADC)—a regional trading agreement among 14 countries in southern Africa designed to lower tariff barriers between member countries. While it is difficult to justify completely free trade between wealthy and poor countries since they cannot compete from a level playing field, some argue that free trade between developing countries can be beneficial. The argument is based mainly on the idea that free trade between developing countries enables them to benefit from economies of scale in a more equitably competitive context.

Custom duties vary from 2.5% for raw materials to 20% for finished goods.

Regulated goods are subject to pre-shipment inspection in the country of export before they allowed into Mozambique.

Intertek is the appointed sole provider for this service. Intertek Government and Trade Services have been solely appointed by the Government of Mozambique to carry out pre-shipment inspection (PSI) on all imports indicated in the table at the end of these Guidelines unless officially exempt from this program. The scope of the Intertek program includes physical inspection in the country of export to establish compliance with the order specification and assessment of price, customs classification and import duties payable. Importers are required to complete a Pre-Advice Form (PAF) for all imports subject to inspection. Upon receipt of the PAF from the Importer, Intertek will contact the Exporter and arrange inspection in the country of supply through their network of overseas offices. Upon satisfactory findings, Intertek will issue a Documento Único Certificado (DUC) to the Importer. The DUC will be available for collection from an Intertek office in Mozambique.

PSI is mandatory for a number of goods set out in a ‘Positive List’. If the goods being imported appear on this positive list, then the goods ARE subject to inspection. The parameters of this program are set by the Revenue Authority of Mozambique working together with Intertek. Consequently, this list is subject to change over time and traders are advised to keep up to date with the latest list. Where a proforma invoice contains exempt and subject goods, all the goods will be inspected by Intertek and a corresponding DUC will be issued.

A clean final invoice, with the following information: Invoice number and date of issuance; Names of the Importer and Exporter, as per the pro-forma invoice; Detailed quantity and description of goods; All unit prices and extensions; Total price and applicable Incoterms (e.g. FOB etc.); The gross and net weights of the consignment; Any shipping marks.

Note: Final invoices that show a price adjustment arising from fluctuating exchange rates cannot be accepted unless expressly allowed for under the terms and conditions of the pro-forma invoice. Faxed documents are acceptable. It is in your best interest and the interests of your Importer that you submit a copy of your Final Invoice at the earliest possible opportunity. We would recommend that you include it with your initial response to our RFI letter. The certificate will be issued to the importer within three working days of the receipt of the Exporter's correct and acceptable Final invoice

Strengths of the Mozambique market include: