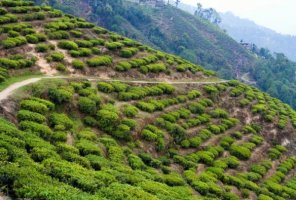 The market economy is distinguished by a large informal sector, featuring re-export of imported consumer goods to neighboring countries, as well as the activities of thousands of microenterprises and urban street vendors. Nonetheless, over the last 10 years the Paraguayan economy diversified dramatically, with the energy, auto parts and clothing industries leading the way.

The country also boasts the third most important free commercial zone in the world: Ciudad del Este, trailing behind Miami and Hong Kong. A large percentage of the population, especially in rural areas, derives its living from agricultural activity, often on a subsistence basis. Because of the importance of the informal sector, accurate economic measures are difficult to obtain. The economy grew rapidly between 2003 and 2013 as growing world demand for commodities combined with high prices and favorable weather to support Paraguay's commodity-based export expansion.

Paraguay's primary manufacturing focus is on food and beverages. Wood products, paper products, hides and furs, and non-metallic mineral products also contribute to manufacturing totals. Soy has been a major name in context of Paraguay export. In 2007 fiscal export of soy increased and became equivalent to 50 percent of aggregate exports of Paraguay for that fiscal.

Soy accounts for 42 percent of total shipments and in recent years, the country has become the largest exporter of soybeans. Other top exports of Paraguay include meat, cereals and vegetable oils. Main trade partners of Paraguay are Uruguay, Argentina and Brazil. 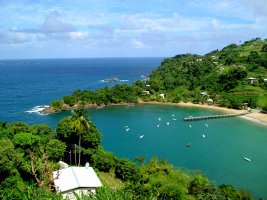 The economy of Paraguay is characterized by a historical low inflation rate - 5% average, international reserves 20% of GDP and twice the amount of the external national debt. On top of that, the country enjoys clean and renewable energy production of 8,700 MW.

The Mineral industry of Paraguay produces about 25% of the country's gross domestic product (GDP) and employs about 31% of the labor force. Production of cement, iron ore, and steel is common throughout Paraguay's industrial sector. The growth of the industry was further fueled by the maquila industry, with large industrial complexes located in the eastern part of the country. Paraguay put in place many incentives aimed to attract industries to the country. Main import partners of Paraguay are China, Brazil and Argentina.

Paraguay is a WTO member since 1995. The country is as a member of Mercosur. As a member of Mercosur, Paraguay is part of the negotiation of a future EU-Mercosur Association Agreement. This Agreement should provide a boost to regional trade integration among the countries of Mercosur and stimulate new opportunities for trade with the EU by removing tariff and non-tariff barriers to trade.

This agreement will cover, among other issues, trade in goods and services, investment, intellectual property rights (IPR) aspects including protection of geographical indications, government procurement, technical barriers to trade and sanitary and phytosanitary issues.

- Molds and machinery designated for the manufacture of currency