Saint Vincent and the Grenadines Exports 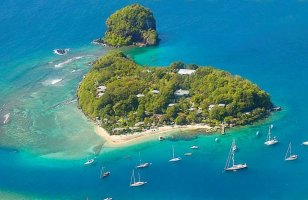 The St. Vincent and the Grenadines economy is heavily dependent on agriculture being the world’s leading producer of arrowroot and grows other exotic fruit, vegetables and root crops. Bananas alone account for upwards of 60% of the work force and 50% of merchandise exports. Such reliance on a single crop makes the economy vulnerable to external factors. St. Vincent's banana growers benefited from preferential access to the European market. In view of the European Union's announced phase-out of this preferred access, economic diversification is a priority.

There is a small manufacturing sector and a small offshore financial sector whose particularly restrictive secrecy laws have caused some international concern. In addition, the natives of Bequia are permitted to hunt up to four humpback whales per year under IWC subsistence quotas.

The Financial Sector and offshore services deliver in Saint Vincent are currently an important role of the island economy.

Saint Vincent and the Grenadines Imports 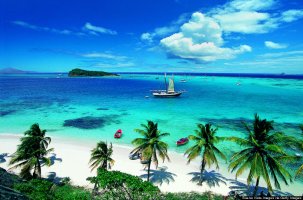 St. Vincent and the Grenadines is a beneficiary of the U.S. Caribbean Basin Initiative. The country belongs to the Caribbean Community (CARICOM), which has signed a framework agreement with the United States to promote trade and investment in the region.

Agriculture, dominated by banana production, is the most important sector of this lower-middle-income economy. The services sector, based mostly on a growing tourist industry, is also important. The government has been relatively unsuccessful at introducing new industries, and the unemployment rate remains high at 19.8% in the 1991 census to 15% in 2001. The continuing dependence on a single crop represents the biggest obstacle to the islands' development as tropical storms wiped out substantial portions of bananas in many years.

Tourism has grown to become a very important part of the economy. In 1993, tourism supplanted banana exports as the chief source of foreign exchange. The Grenadines have become a favorite of the up-market yachting crowd. The trend toward increasing tourism revenues will likely continue. In 1996, new cruise ship and ferry berths came on-line, sharply increasing the number of passenger arrivals. In 1998, total visitor arrivals stood at 202,109 with United States visitors constituting 2.7%, as most of the nation's tourists are from other countries in the Caribbean and the United Kingdom. Figures from 2005 record tourism's contribution to the economy at US$90 million.

Customs requirements of Saint vincent and the grenadines

Saint Vincent and the Grenadines is an island country situated in the Lesser Antilles archipelago in the Caribbean Sea. Its nearest neighbours are Barbados, St. Lucia and Grenada. Saint Vincent and the Grenadines is a member of the African, Caribbean, and Pacific Group of States, Caribbean Community and Common Market (Caricom), Organization of Eastern Caribbean States (OECS), World Trade Organization and other international organizations.

Customs value is based on the cost, insurance, freight value of the products, including all other foreign costs.

There is a 4% customs service charge which is applied on the c.i.f. value of imports (products coming from other CARICOM countries are not exempt). A value-added tax of 15% is applied on services and goods, including imports. VAT on imports is levied on the c.i.f. value plus customs duties and all other duties and charges payable upon importation.

There are also excise taxes imposed on the following products:

A licence is required in the following cases: