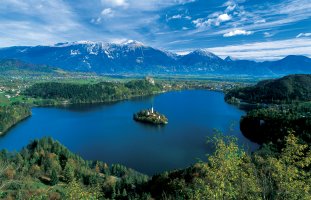 Slovenia has a developed economy and is per capita the second richest of the Slavic countries after Czech Republic. Since 2010, it has been member of the Organisation for Economic Co-operation and Development. There is a big difference in prosperity between the various regions. The economically most prosperous regions are the Central Slovenia region which includes the capital Ljubljana and the western Slovenian regions, as Goriška and Coastal–Karst.

Slovenia had always been the most prosperous region of the former Yugoslavia and found the transition from a state economy to the free market easier than most. 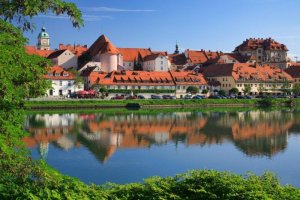 Slovenia today is a developed country that enjoys prosperity and stability as well as a GDP per capita at 83%. Slovenia's trade is orientated towards other EU countries, mainly Germany, Austria, Italy, and France. This is the result of a wholesale reorientation of trade toward the West and the growing markets of central and eastern Europe in the face of the collapse of its Yugoslav markets. The traditional primary industries of agriculture, forestry, and fishing.

Slovenia has a highly educated workforce, well-developed infrastructure, and is situated at a major transport crossroad. On the other hand, the level of foreign direct investment is one of the lowest and the Slovenian economy has been severely hurt by the European economic crisis, which started in late 2000s. Almost two thirds of the working population are employed in services.

Slovenia is a country situated in southern Central Europe, at the crossroads of main European cultural and trade routes. The country is bordered by Italy, Austria, Hungary, Croatia and the Adriatic Sea. Slovenia is a member of the United Nations, European Union, and NATO.

Slovenia is an EU country and it follows all the importing and exporting EU regulations in terms of tariffs, certifications, labelling, marking and packaging.