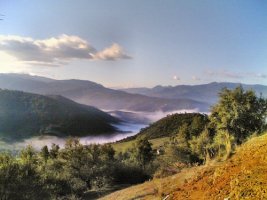 Swaziland's economy is diversified, based on agriculture, forestry, mining and manufacturing (textiles and sugar-related processing).

The Swazi economy is very closely linked to the economy of South Africa, from which it receives over 90% of its imports and to which it sends about 70% of its exports. Swaziland's other key trading partners are the United States and the EU, from whom the country has received trade preferences for apparel exports (under the African Growth and Opportunity Act – AGOA – to the US) and for sugar (to the EU). Under these agreements, both apparel and sugar exports did well, with rapid growth and a strong inflow of foreign direct investment. Textile exports grew by over 200% between 2000 and 2005 and sugar exports increasing by more than 50% over the same period.

Swaziland is the fourth largest producer of sugar in Africa and is 25th in production in the world. This demonstrates the immense focus of the industry in order to continue to grow their economy. Swaziland’s GDP was $8.621 billion (US dollars) in 2014 base on purchasing power parity and of that 7.2% of that is from the agriculture sector and of that sector, sugarcane and sugar products have the largest impact on GDP. 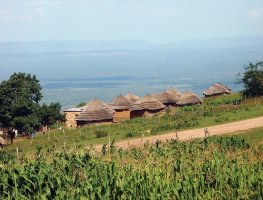 Swaziland depends heavily on South Africa for more than 90% of its imports and for 60% of its exports. Swaziland's currency is pegged to the South African rand, effectively relinquishing Swaziland's monetary policy to South Africa. The government is heavily dependent on customs duties from the Southern African Customs Union, and worker remittances from South Africa supplement domestically earned income.

About 75% of the population is employed in subsistence agriculture upon Swazi Nation Land (SNL). In contrast with the commercial farms, Swazi Nation Land suffers from low productivity and investment. This dual nature of the Swazi economy, with high productivity in textile manufacturing and in the industrialised agricultural TDLs on the one hand, and declining productivity subsistence agriculture (on SNL) on the other, may well explain the country's overall low growth, high inequality and unemployment.

Swaziland is a member of the South African Customs Union, as well as Botswana, Lesotho, Namibia, and South Africa. All members of this union, including Swaziland, apply import duties and regulations set by South Africa. Thus, customs tariffs, excise duties, valuation methods and origin rules are harmonized throughout SACU.

Swaziland applies the SACU common external tariff, calculated on the f.o.b. price in the country of export. Taxes are collected at the place of entry into the common customs area and as the external trade of Swaziland is directed through South Africa, South Africa collects virtually all customs duties and excise taxes.

Each SACU member sets its own VAT or sales tax. When goods are exported from one SACU country to another, the shipper applies for VAT refunds from the exporting country, and then pays the tax to the importing country.

Swaziland applies a 14% VAT on imports regardless of the SACU member country of origin.

Swaziland levies a VAT currently payable at the rate of 12-25% depending on the nature and source of imported goods. A 10% sales tax is imposed on most consumer goods.

There is an additional Specific Excise Duty that is imposed on most luxury items.

Swaziland has established its own bureau of standards - the Swaziland Standards Authority (SWASA), but still relies on the South African Bureau of Standards.

Licenses are issued by the Ministry of Finance and are generally easy to obtain and are valid for one shipment.

Used clothing and used textiles demand import permits. Importers can apply for a permit by passing through the Import Permit Committee within the Ministry of Finance.

Labeling and marking for industrial and pharmaceutical imports have to be in English. The country of origin should be indicated on the label.