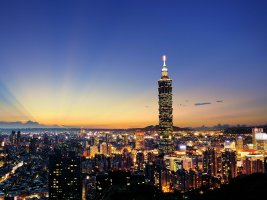 Taiwan has a developed capitalist economy that ranks as the 19th-largest in the world by purchasing power parity (PPP). The economy of Taiwan ranks the highest in Asia for 2015 Global Entrepreneurship Index (GEI) for specific strengths. Most large government-owned banks and industrial firms have been privatized.

Exports of Taiwan have grown even faster and since World War II, have provided the primary impetus for industrialization. Inflation and unemployment are low; the trade surplus is substantial; and foreign reserves are the world's fourth largest. Traditional labor-intensive industries are steadily being moved off-shore and replaced with more capital- and technology-intensive industries. 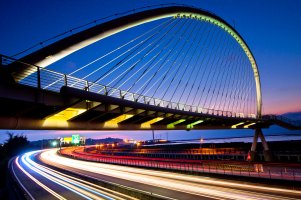 Taiwan has a dynamic, capitalist, export-driven economy with gradually decreasing state involvement in investment and foreign trade. In keeping with this trend, some large government-owned banks and industrial firms are being privatized. Real growth in GDP has averaged about 8% during the past three decades. Exports have provided the primary impetus for industrialization. The trade surplus is substantial, and foreign reserves are the world's fifth largest. The Republic of China (Taiwan) has its own currency, the New Taiwan dollar.

Foreign trade has been the engine of Taiwan's rapid growth during the past 40 years. Taiwan's economy depends on an open world trade regime and remains vulnerable to downturns in the world economy.

Imports of Taiwan are dominated by raw materials and capital goods, which account for more than 90% of the total. Taiwan imports most of its energy needs. A lack of natural resources had made Taiwan dependent on imports. Taiwan's main imports are mineral products and basic metals, electronic products, chemicals, machinery.

Taiwan is a country situated in East Asia, bordered by the People's Republic of China (mainland China), Japan and the Philippines. Taiwan is one of the most densely populated countries in the world. The country is a member of the Asia-Pacific Economic Cooperation (APEC), International Chamber of Commerce (ICC), World Trade Organization and other international organizations.

Two-column tariff based on the Harmonised System. Most duties are ad valorem (per cent), based on the GATT Valuation Code - approximately Cost, Insurance and Freight (CIF) value (Incoterms 1990). Preference is granted to countries having trade agreements or diplomatic relations with Taiwan.

The Ministry of Finance administers customs regulations and procedures in Taiwan. Goods imported are liable to ad valorem duty determined and calculated on the transaction value. Tariff rates vary depending on the product.

Imports may be affected either under the Automatic Approval system or the Covering Licence system. Some applications for Automatic Approval items must be made to authorised banks; other items may be permitted entry without a licence. Applications for Covering Licence items must be made to the Board of Foreign Trade. Licences are valid for six months.

- permissible: all other items.

All importers, except those authorised to import on a deferred payment basis, must make a deposit with a foreign exchange bank within 14 days after approval of their import licence. The current rate of deposit is 10 per cent of the CIF value (Incoterms 1990).

Outer containers should bear consignee's and port mark and should also be numbered (according to packing list) unless their contents can be otherwise readily identified.

Labelling regulations are applied to all kinds of packaged foods and pharmaceuticals. If a foreign language is used in the label prepared by the manufacturer in the country of origin, major ingredients, valid date, manufactured date, product name, weight/size, name and address of the importer is required in Chinese.

Cigarettes must indicate the date of manufacture and display a generic health warning.

Most textile goods are now subject to mandatory labelling requirements and importers should be contacted for specifics.

Goods should be securely packed, having due regard to the nature of the goods, means of transport and likely climatic conditions during transit and delivery.

Two copies are required to obtain import licence and the invoice must include:

Two copies, when requested. It is a requirement to register pharmaceuticals, cosmetics, medical instruments, food additives and agricultural.

All marks and case numbers appearing on outer containers must be shown on the bill of lading.

Food additives, medical instruments, drugs and pharmaceutical products require prior registration with and approval from the Department of Health, Executive Yuan.

A certificate of origin is required to register cosmetics, pharmaceuticals, food additives, agricultural chemicals and some medical instruments.

The use of DDT on agricultural crops or as a household pesticide has been banned.