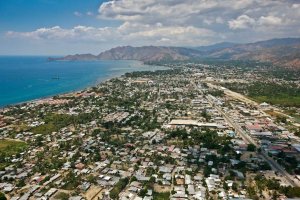 Timor-Leste, also called East Timor, is a member of the United Nations, the Community of Portuguese Language Countries and the Association of Southeast Asian Nations.

East Timor has a market economy that used to depend upon exports of a few commodities such as coffee, marble, oil, and sandalwood. Timor now has revenue from offshore oil and gas reserves, but little of it has gone to develop villages, which still rely on subsistence farming.

The Timor-Leste Petroleum Fund was established in 2005, and by 2011 it had reached a worth of US$8.7 billion. East Timor is labelled by the International Monetary Fund as the "most oil-dependent economy in the world".

The economy of East Timor is dependent on government spending and, to a lesser extent, assistance from international donors. Private sector development has lagged due to human capital shortages, infrastructure weakness, an incomplete legal system, and an inefficient regulatory environment. After petroleum, the second largest export is coffee, which generates about $10 million a year. Starbucks is a major purchaser of East Timorese coffee.

The top exports of Timor-Leste are petroleum, coffee, broadcasting accessories and aircraft parts, marble and sandalwood.

The top export partners of Timor-Leste are South Korea, Thailand, Singapore, Germany and the United States. 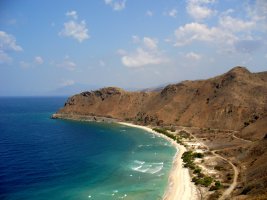 Since gaining its independence in 1999, Timor-Leste, also called East Timor, has faced great challenges in rebuilding its infrastructure, strengthening the civil administration, and generating jobs for young people entering the work force. The country continues to suffer the after effects of a decades-long independence struggle against Indonesia, which damaged infrastructure and displaced thousands of civilians.

The development of oil and gas resources in offshore waters has greatly supplemented government revenues. This technology-intensive industry, however, has done little to create jobs in part because there are no production facilities in Timor-Leste. Gas is currently piped to Australia for processing, but Timor-Leste has expressed interest in developing a domestic processing capacity.

The top import partners of Timor-Leste are Indonesia, Singapore, Malaysia, China and Vietnam.

East Timor or Timor-Leste is a country situated in Maritime Southeast Asia. It comprises the eastern half of the island of Timor, the nearby islands of Atauro and Jaco, and Oecusse, an exclave on the northwestern side of the island, within Indonesian West Timor. The country is a member of African, Caribbean, and Pacific Group of States (ACP), United Nations Conference on Trade and Development (UNCTAD), World Customs Organization and other international organizations.

Requirements to Import and Clear Customs

1. Get a certificate and TIN Number

First, a certificate for business from the Ministry of Tourism, Industry and Trade must be obtained. This is a licence to carry out economic activity in Timor-Leste.

You will also need a TIN (Tax Identification Number) for business from the National Directorate of Revenue.

2. Organise a Customs BrokerSecond, in accordance with article 1 of Decree Law No.15/2005, as owner or consignee of the goods, a special power of attorney must be provided to a Customs Broker who submits the customs declaration on your behalf through the Timor-Leste Customs Service ASYCUDA electronic system. A fee will be agreed by both parties.

When you import merchandise or goods into Timor-Leste, there are duties and taxes you must pay:

- import duty: 2.5% of the customs value of goods. Some goods are exempt from import duty

- excise tax: see a list of the goods which attract excise tax and the tax rates

The importation and exportation of the following ozone-depleting substances has been banned under Decree Law Number 36/2012:

The importation of refrigeration and air-conditioning equipment that contains the substances listed above is prohibited. Timor-Leste will phase-out the import and export of cylinders containing hydrochloroflourocarbon (HCFCs, for example R-22) by 2040. The phase-out will start in 2013.