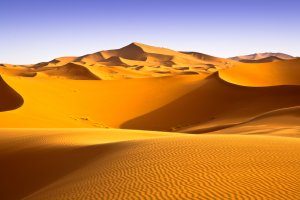 Western Sahara is a small country, situated in the Northern part of Africa, bordering with Morocco, Algeria and Mauritania. The country established its own economy in the late 20th century after it was occupied by Spain. The country set up the strong trade connections after it became a part of Morocco in 1965.

Western Sahara started to gain its position on the international market after the living standards improvement. The roads were constructed to connect the country with the other parts of the continent. The sea roads were aimed to bridge Western Sahara with Spain and Italy which were considered to be the main trade connectors. Farmers in previously isolated valleys were able to transport crops grown in the country’s microclimate swiftly to waiting ships, and then on to the markets of London and Paris ahead of the competition.

In the Moroccan-administered territory, fishing is the principal sources of income for the population. The country has the access to the Atlantic Ocean, the country’s largest source for maritime trade connections. The government concentrate all the sources on the development of fishing and maritime navigation.The country exports fish, crustaceans and aquatic invertebrates (fresh fish, frozen fish, lobsters, caviar and squid) in different European countries.

Western Sahara is considered to be the desert rock that feeds the world with phosphates. Without this natural resource, humanity’s growing population could not feed itself. Phosphate, along with nitrogen, is one of the two most necessary components of synthetic fertilizer. But unlike nitrogen, which makes up 78 percent of the atmosphere, phosphate is a finite resource. And there’s no way to manufacture it. 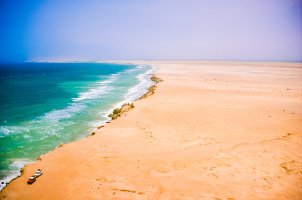 Western Sahara's main long-term economic challenge is the development of a more diverse set of industries capable of providing greater employment and income to the territory.

Western Sahara has a small market-based economy whose main industries are fishing, phosphate mining, and pastoral nomadism. The territory's arid desert climate makes sedentary agriculture difficult. That is why, Western Sahara imports much of its food. The imported products are: fruits, vegetables, coffee and tea, milling products as well as meat and meat products.

The location of Western Sahara places them near the ocean, providing a valuable means of transportation but also needed water for agricultural and phosphate industries. In such a way, the country imports small boats, such as canoes and kayaks and rigid inflatable boats in order to transport different products from one part of the country into another one. In addition to this, the country imports water towers and water mills to produce electricity.

The country imports the large quantities of construction and building materials, machinery and mechanical appliances and electronics in order to develop the phosphate processing, reducing the time and saving money.

Western Sahara is located in northern Africa, bordering the North Atlantic Ocean, between Mauritania and Morocco. It is a very arid area but is rich in phosphates in the Bou Craa region. Consequently, Western Sahara is the world’s largest supplier of quality phosphate rock, with reserves of around 5700 million tonnes.

The official status of Western Sahara is a “non-self-governing territory”, according to the United Nations. The country’s customs are governed by the Morocco Customs Authorities.

3. Import Commitment: is the authorization provided by the exchange office for transfer of foreign currencies from Western Sahara to foreign suppliers abroad.

4. Customs Declaration: is provided by the customs office and is required for import and export through a port or airport.  For shipments by mail, a simple form filled out at the post office replaces the “declaration de douane.”