Sidebar
Found (0)
Featured
Off
On
Sort by
Highest price
Best match Newest Oldest Lowest price Highest price
Save search
Sorry!
Your search did not match any word(s).
Follow our simple search tips for improved results. Feel free to contact us for any assistance. Just click the button below.
Search tips:
Contact us anytime:
Contact us 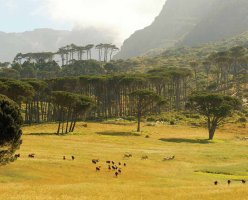 Zimbabwe's economy depends heavily on its mining and agriculture sectors. Mineral exports, gold, agriculture, and tourism are the main foreign currency earners of Zimbabwe. The mining sector remains very lucrative, with some of the world's largest platinum reserves being mined by Anglo American plc and Impala Platinum. The Marange diamond fields, discovered in 2006, are considered the biggest diamond find in over a century. They have the potential to improve the fiscal situation of the country considerably, but almost all revenues from the field have disappeared into the pockets of army officers and ZANU-PF politicians. In terms of carats produced, the Marange field is one of the largest diamond producing projects in the world, estimated to produce 12 million carats in 2014 worth over $350 million.

Zimbabwe is the biggest trading partner of South Africa on the continent.

Taxes and tariffs are high for private enterprises, while state enterprises are strongly subsidized. State regulation is costly to companies; starting or closing a business is slow and costly.

Zimbabwe's main exports are tobacco (23 percent of total exports) and nickel (20 percent). Other exports of Zimbabwe include diamonds, platinum, ferrochrome, and gold. 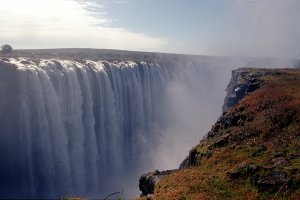 The economy of Zimbabwe shrank significantly after 2000, resulting in a desperate situation for the country - widespread poverty and an 80% unemployment rate. However, after 2008, Zimbabwe's economy started to improve dramatically and it became one of the fastest-growing economies in southern Africa.

Since 2000, Zimbabwe has seized and forcibly redistributed most of the country's commercial farms. The new occupants, which included several prominent members of the ruling ZANU-PF administration, were usually inept, inexperienced, or uninterested in farming - thereby failing to retain the labor-intensive, highly efficient, management of previous landowners. Short term gains were achieved by selling the land or equipment. The contemporary lack of agricultural expertise has triggered severe export losses and negatively affected market confidence. Idle land is now being utilized by local peasants practicing meager subsistence farming. Production of staple foodstuffs, such as maize, has recovered accordingly - unlike typical export crops including tobacco and coffee. Zimbabwe has also sustained the 30th occurrence of recorded hyperinflation in world history.

Zimbabwe's commercial farming sector was traditionally a source of exports and foreign exchange. However, the government's land reform program badly damaged the sector, turning Zimbabwe into a net importer of food products.

Zimbabwe is a landlocked country situated in southern Africa, between the Zambezi and Limpopo Rivers. It borders South Africa, Botswana, Zambia and Mozambique. Zimbabwe is a member of the African, Caribbean, and Pacific Group of States, Common Market for Eastern and Southern Africa (COMESA), International Monetary Fund, World Customs Organization, World Trade Organization and other international organizations.

Commercial Importations are goods imported for commercial purposes by any individual or organisation. Clearance of such importations is done by a Bill of Entry which is processed in the ASYCUDA system. The importer should have a Business Partner Number which is activated for Customs purposes.

Importers are encouraged to engage the services of professional clearing agents because of the complexities of the valuation system and the Harmonised System of classification of goods. The following documents are required when clearing commercial importations:

3. Export or Transit Bill of Entry from the country of export (where applicable)

9. Certificates of Origin where preference is claimed

*N.B. Copy of Income Tax Form 263 should also be attached.

Duty is calculated on the basis of Cost, Insurance and Freight (CIF) value of the imported goods up to the point of entry into Zimbabwe. Insurance and Freight inside Zimbabwe is excluded from the Value for Duty Purposes (VDP). The CIF value of the imported goods is an aggregate of the cost of goods, insurance, freight and any other charges incurred outside Zimbabwe.

Documents submission and clearance of goods

- A Bill of Entry (Form 21) is lodged through the ASYCUDA World system. This is an internet based system where clearing agents and registered companies submit their clearance documents electronically. All the supporting documents should be scanned and submitted as attachments online (in ASYCUDA) together with the bill of entry.

- If importer has no tax clearance certificate (ITF 263) Informal Cross Border Trader's Tax of 10% of the value for duty purposes will be due and payable together with any duties and other charges which may be due before goods can be released by ZIMRA.

- Payments of duty are done by way of bank deposits into the ZIMRA account. The deposited amount will be credited to the agent's or importer's account with ZIMRA.

- Documents are processed, assessed and if correct a Delivery Release Order is issued authorising the collection of goods from the carrier or detention. If there is need to inspect the goods, an Examination Order is issued and an inspection carried out to verify the quantities, classification, origin, values or any aspect that needs clarification.

- After assessment, two sets of documents in hard copies must be submitted for final release of the goods.

Goods from countries with which Zimbabwe has trade agreements can enter the country or be exported to any member state duty free or at lower rates thus making them cheaper.

Where goods are imported from SADC, COMESA or any Member State with which we have a bilateral trade agreement, preferential rates of duty will be applicable if the correct certificates of origin are attached.

A certificate of origin signed by the exporter or manufacturer of the goods and duly authenticated by the relevant authority in the country of export should be produced.

Documentation has to be done by either a registered importer or a registered clearing agent. No duties are payable on export but clearance fees will be due and payable.

A Bill of Entry (Form 21) is lodged through the ASYCUDA World system same as for imports with the following supporting documents attached electronically to the entry:

1. Exchange Control CD1 forms which are obtained from commercial banks

4. Copies of Export Permits/Licences (where applicable)