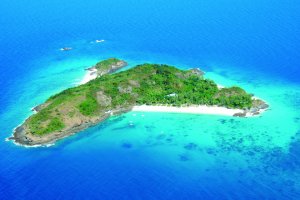 Madagascar, officially the Republic of Madagascar and previously known as the Malagasy Republic, is an island country in the Indian Ocean, off the coast of Southeast Africa. The nation comprises the island of Madagascar (the fourth-largest island in the world), as well as numerous smaller peripheral islands. Madagascar is the fourth largest island in the world, after Greenland, New Guinea, and Borneo. Although located some 250 miles (400 km) from the African continent, Madagascar's population is primarily related not to African peoples but rather to those of Indonesia, more than 3,000 miles (4,800 km) to the east.

Due to an underdeveloped industrial sector, Madagascar trade figures depend highly on agricultural productivity. Before the 1990s, the country had strong trade relations with the western nations. Later, the country developed strong ties with the emerging economies of Asia.

France is the largest export partner of Madagascar. It accounts for a share of approximately 39% of the total export volume. The country has had healthy trade relations with France since the colonial era. Other major export partners are the US and Germany, which represent shares of 20.3% and 5%, respectively.

According to the International Trade Centre, the top export categories for Madagascar are: 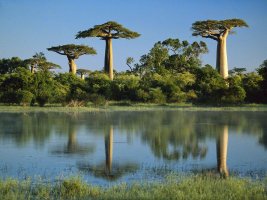 The Republic of Madagascar is an island country located in the Indian Ocean off the southeastern coast of Africa. The nation comprises the island of Madagascar (at 587,041 square kilometres), the fourth-largest island in the world), as well as numerous smaller peripheral islands, the largest of which include Nosy Be and Nosy Boraha (Ile Sainte-Marie).

Madagascar's trade imports stand at $1.836 billion approximately. The country ranks 153 in the world in terms of total import volumes. Madagascar has an insignificant industrial sector. Thus, the country has to import a large portion of the manufactured products it consumes. Major items of import for Madagascar are consumer goods, heavy machinery, capital goods and food.

China is the main import partner for Madagascar with a share of more than 20% in terms of total volume. Other major import partners are Bahrain, France, South Africa, the US and India.

Madagascar carries on a relatively small foreign trade, and the annual value of imports is usually higher than the value of exports. The main imports of Madagascar are capital and consumer goods, petroleum, and food products. The principal trade partners of Madagascar are France, the United States, and China. Madagascar relies heavily upon assistance from members of the European Union and international agencies.

According to the International Trade Centre, the top import categories for Madagascar are:

4. Articles of iron and steel

Madagascar is an island country in the Indian Ocean, off the coast of Southeast Africa. It is a member of the United Nations, the Organisation internationale de la francophonie and the Southern African Development Community (SADC).

Madagascar is a country very open to foreign trade, and most of the products can be imported without an import license. Madagascar consistently runs a trade deficit. Exports consist mainly of unprocessed agricultural products and some extracted minerals. The main trading partners of Madagascar are still the European Union (its main client for exports), the United States and China.

Madagascar adopted the ATA Carnet System in 2013, in order to facilitate foreign trade and boost the country’s economic development. ATA Carnets, already used in more than 70 countries, enables companies to move goods in or out of Madagascar for up to a year without paying duties or taxes.

Customs duties range from five to 20 per cent on Cost, Insurance and Freight (CIF) value of goods. Some capital goods and products used for further processing from sectors in agricultural and textile, as well as those associated in health security, renewable energy, sports equipment are exempt from customs duties.

Bordereau de suivi des cargaisons (BSC) is a cargo tracking note. The BCS needs to be electronically submitted either by the exporter or forwarding agent before the goods have been shipped.

Other necessary documents include:

According to the category of goods or services being brought into Madagadscar, relevant additional authorisations from supervising departments might be required.

All perishable foods must be labelled in French or English before sale of the product, with the following information: